Justin Bieber’s hit song “Baby” was played in place of the apparently culturally insensitive “God Bless America” at a recent Brooklyn, New York, kindergarten graduation. First of all: What? And secondly: What does this mean for the overall trend of political correctness and cultural inclusiveness at other important events? 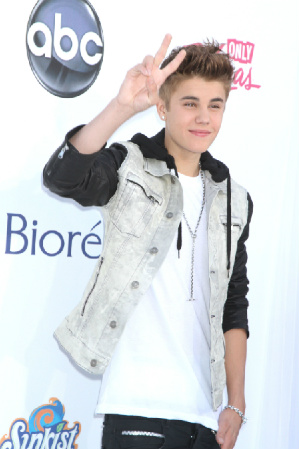 We don’t have a problem with political correctness. Maintaining a level of sensitivity toward a controversial or complex topic is an important way to ensure everyone receives due respect. But sometimes people’s P.C. sensibilities can get carried away, toeing the line between respectfully sensitive and just plain crazy. Case in point: Greta Hawkins, a Brooklyn, New York, public school principal, recently decided to do away with the playing of “God Bless America” during the school’s kindergarten graduation ceremony for fear of offending other cultures. In its place? Justin Bieber‘s “Baby.” Obviously.

To try to point out the endless issues with Hawkins’ decision would be futile, but what we especially can’t get over is how, in her attempt to achieve cultural neutrality, Hawkins actually managed to be more offensive than if she had played the controversial “God Bless America.” After all, Justin is a proudly Canadian artist; wouldn’t it have been a little more appropriate to at least feature a popular song by someone from the graduating class’s home? We will give her props for the song title, at the very least, given that the graduating class are practically babies themselves.

We should have seen this coming. With so much collective energy being expended to ensure that no group ever be offended, it’s only natural that eventually the quest for ultimate political correctness would reach new heights. But who are we to question the latest trends? If Hawkins is at the frontier of what’s hot in the world of P.C. — eradicating patriotism at important events in favour of something a little less isolating — then we’d rather hop on board her culturally inoffensive train than get left behind with the rest of the flag-toting losers. In fact, we even have suggestions ourselves that will ensure no one ever again feels the sting of politically incorrect patriotism.

The Ivy League might want to take a few notes from Hawkins as many of its students participate in the pomp and circumstance of a college graduation this month. In America, it is customary at many colleges to recite the Pledge of Allegiance as part of the graduation ceremony. Of course, now that we know how many students stand to be offended by the pledge, it should probably be replaced with something a little more inclusive. We were thinking Robert Frost’s “The Road Not Taken.” It examines the question of what the future holds and the choices we make on our journeys there, which is perfect for a bunch of grads whose futures are filled with question marks. If that idea doesn’t fly, they could all simply recite the lyrics to the seminal “Graduation (Friends Forever)” by Vitamin C.

It’s customary to stand proudly before the start of a baseball game and sing the national anthem (or anthems if a Canadian team is playing too). But while this tradition may be respectful and even romantic, we have to stop and think about all the players — and there are plenty — whose cultural roots don’t lie in either America or Canada. What would Greta Hawkins have to say about this blatant display of cultural exclusivity? To keep things inclusive and P.C. on the baseball diamond, we think all stars and stripes and “true patriot love” should be eradicated entirely. In their places, we would like to hear a rousing rendition of “Take Me Out to the Ball Game” — an anthem in its own right and capable of offending only those with a peanut allergy.

Speaking of keeping sporting events P.C., the mother of all sports competitions is just around the corner. At the Olympics, athletes from across the globe will compete on behalf of their home countries for a shot at the gold and a coveted place in the middle of that podium. But rather than play the national anthem of the victor’s homeland — a moving tradition, to be sure, but undeniably insensitive by Greta Hawkins’ standards to those who placed second and lower — we believe a more appropriate choice would be “We Are Family” by Sister Sledge. With such an upbeat, inclusive and positive song, everyone — even the bronze medalist — will feel like a winner.