Tonight’s episode of the Bachelorette is by far the most dramatic of the season. Emily proves once and for all that she is a proud mama bear and you better not mess with her baby! But that’s not all that’s in store. Through the highs and lows of this emotional episode we get a chance to learn the rules of dating as explained by The Bachelorette. 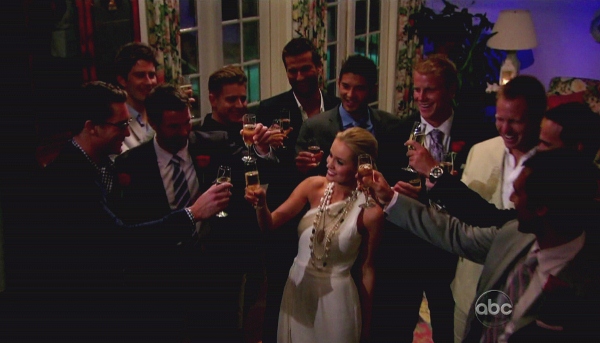 Cross dressing can get you the girl

When Arie is required to play the nurse in their production of Romeo and Juliet on the group date he says he’s having a nervous breakdown. But he manages to pull it together and actually seems like he’s having fun in a dress and long braided wig. Fortunately, at the end of his “worst nightmare,” Emily says she’s even more attracted to him than ever. Well, if anyone can pull off such a wacky look, it’s Arie.

When in doubt, win a woman over with gifts

Ryan — the man who has made such stellar comments as wanting Emily to be a “trophy wife” and being ready to start “Bachelor Ryan” — tries to win Emily and/or America over by offering her a necklace. Emily takes it with grace and later reveals that she finds herself “liking him more and more.” Can trinkets really win a girl’s affections?

When Emily learns that Kalon referred to Ricki as baggage, she makes a variety of intense statements such as “I want to go out there and rip his limbs off and beat him with them” and “I want to go West Virginia hood-rat backwoods on his a**.” Yikes! When he doesn’t deny the statement, Emily isn’t really interested in hearing his explanations, and quickly sends him packing.

You best know where the teapot spout goes

On their first one-on-one, Jef and Emily settle in for a true British afternoon tea. Unfortunately, etiquette expert “Jean” destroys any semblance of romance by rattling on about proper napkin placement and correct tea presentation. But it’s nothing a trip to the pub and some fish and chips can’t fix. Particularly when Jef describes his reaction to Kalon’s “baggage” comments: “If Ricki is baggage, she’s a Chloe handbag you want to keep forever.”

Tell your partner everything… or else!

At the rose ceremony Emily sits down with each of the guys and grills them about why they didn’t tell her about Kalon and if they truly have her back. To be fair, the incident took place within 24 hours of when Doug stepped up and told her. And it didn’t really occur to most of them that Kalon being a teensy bit self-indulgent wasn’t something she could figure out for herself. He did fly in on a helicopter, after all. Regardless, several of the guys are sent into a panic by the serious conversations.

Though Sean seemed to fly under the radar for the first few episodes, Emily is definitely feeling safe and protected in his arms after the recent dramatic events. Could his years of singledom be coming to an end? Check out next week’s episode to find out!