The Tony Awards aired last night, but if you’re like most of the public, you probably didn’t know that. What you also don’t know is that you missed one of the best award shows on TV. Here are five reasons you should never miss another Tony Awards show again. 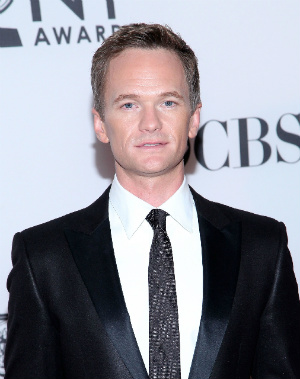 Another Tony Awards has come and gone, celebrating the very best on Broadway. Last night’s big winners were Once for Best New Musical, Clybourne Park for Best Play, The Gershwins’ Porgy and Bess for Best Revival of a Musical and Death of a Salesman for Best Revival of a Play. It was a night filled with exquisite singing and spectacular dancing, and a true homage to everything that is magical about theatre.

Of course, most of you might not have known that, since the Tony Awards is one of the least-watched televised awards shows. Compared to the Oscars and other glitzy, highly publicized award show giants, the Tonys barely register on the public’s radar outside of New York City. Sure, we all recognize the prestige of being granted live theatre’s highest honour, but most of us seem to think that if at least 70 per cent of the cast of Ocean’s 11 and their plus-ones aren’t in attendance, then the awards show is not worth watching. Why bother if there’s no chance of an appearance by one of Angie‘s appendages?

The unfamiliarity and general apathy toward the Tony Awards is really quite a shame, given that it happens to be one of the best award shows on TV. There are many reasons why this is the case, but we thought we’d share the top five with you. If you find yourself suffering from a serious case of FOMO, don’t worry. The Tony Awards will (hopefully) be back next year for your viewing pleasure. In the meantime, head out to your local theatres, and support what’s being served up there.

You may not have known too much about the Tony Awards’ nominees last night, but chances are you knew Neil Patrick Harris was hosting. This marked his third go at the job, and based on how successful he was once again, it’s likely this hosting thing is going to be an annual gig for the How I Met Your Mother star. NPH is without question a born host: He exudes the kind of relaxed charm and confidence you want in someone who will be guiding you through what could be an otherwise excessively long evening. And the fact that he’s a triple threat, singing and dancing his way across the stage with some of Broadway’s best with total commitment, only sweetens the deal. Yet even with all of his perfect hosting abilities and legitimate talents, it is NPH’s genuine love of and respect for theatre that make him one of the main reasons to watch the Tonys. It’s clear he doesn’t see himself as superior to the hard-working performers sharing the stage with him simply because he is a celebrity. It is his commendable balance of generosity, respect and talent that make Tony host NPH one of the key reasons to tune in.

This was a banner year for Canadians at the Tony Awards. Not only did recent Oscar winner and Canadian Christopher Plummer present an award, but we saw performances from Caissie Levy, a Hamilton, Ontario native currently starring in the musical version of the movie Ghost, as well as a showstopper from the almost entirely Canadian cast of the Tony-nominated revival of Jesus Christ Superstar. More and more, Canadians are popping up on Broadway stages, proving that even though we may live in igloos and drink beer for breakfast, lunch and dinner, we still have the world-class talent required to make it on the Great White Way. We expect this trend to continue now since Broadway has opened its doors so welcomingly to Canadians. So show your patriotism by watching the Tonys, and keep your eyes peeled for that old neighbour of yours who once drove you crazy with her relentless renditions of the entire score of Wicked and who is now nominated for a Tony.

3. The mother of all talent show competitions

Do you ever watch American Idol and wish there were more chorus girls and boys doing high kicks and pas de bourrees? Does Dancing with the Stars have you craving some stratospheric belting out of your favourite song? Well, watching the Tony Awards gives you the best of both worlds. With the Tonys, you get some of the most remarkable choreography and beautiful music danced and sung all at the same time! And the competition aspect is built right in, given that there can only be one Tony winner per category. Sound too good to be true? That’s just good old-fashioned Broadway.

The trend of making musicals into movies has grown increasingly popular over the past few years. This year alone, for example, we’ll see the release of both Rock of Ages and Les Miserables. Both these musicals were once featured on the Tony Awards, as were Chicago, Nine, Hairspray and Sweeney Todd — all of which have been made into movies. By watching the Tony Awards, you can impress your friends when, two and a half years in advance of its release in movie theatres, you can call what stands to be the next big movie musical. It’s pretty simple to predict: Whatever seems to be most popular at the Tonys stands a pretty good chance of at least being considered to be made into a film. Your friends might think you’re psychic, but you can just tell them you’re simply the average theatre enthusiast. And psychic.

Winning Golden Globes and Grammys is nothing to sneeze at. But ask any actor what the most honourable performance award to receive is, and nine times out of ten, the reponse will be a Tony. Stage acting is regarded as the most challenging form of performance, with the pressure of nailing each moment and committing to a scene with the same conviction and energy eight times per week. That’s why when an actor wins a Tony award for his or her performance in a show, the audience is treated to the most genuinely heartfelt and moving acceptance speech possible. The amount of work, preparation and sheer courage it takes to get to that spot is inconceivable, and no Tony Award winner takes the honour for granted. Winning a Tony makes you an incontestable and revered artist. And that’s the greatest achievement of all.

Celebrity legal: Drake caught up in missing Rolex lawsuit
Toronto: It’s where all the cool movies go
Selena thanks mom for keeping it real in ELLE interview