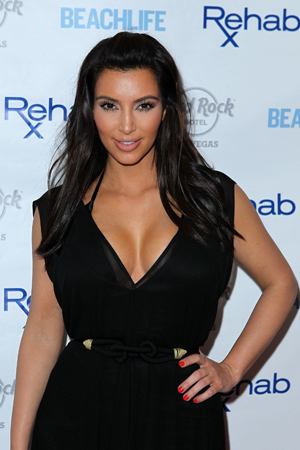 We’re all very excited about the fact that the economy is finally picking up, and luckily for us, we have Kim Kardashian to demonstrate what it’s like to be unscathed by the recession…

For her beau, Kanye West‘s, birthday, the reality star dished out a hair-raising sum of $750,000 for a brand new, shiny Lamborghini to gift the rapper. Now, we don’t know what that car is made of (we assume gold and diamonds), but that is a lot of money for a vehicle.

To put it in perspective, that money could buy three condos in Vancouver or one ultra-luxurious condo furnished in fur and leather as well as two new hybrid cars. That’s also equivalent to about 15 years of labour for an average Canadian, not to mention the countless villages — or countries, rather — one could support in Africa with that money.

In Kardashian’s world, it is worth one car.

Although it may seem excessive to an ordinary Canadian, such extravagant gifties are as common in the celebrity universe as giftcards at Christmas are for us.

Now, we can only wonder what Kanye will give Kimmy for her birthday…

If only such splurging was allotted for the benefit of the less fortunate, but that wouldn’t be luxurious, would it?