Kris isn’t ready to be played — again. The basketball player is making sure to stop his ex-fling in her tracks after she allegedly tried to extort money from him by claiming she has information about him that may just damage his life. 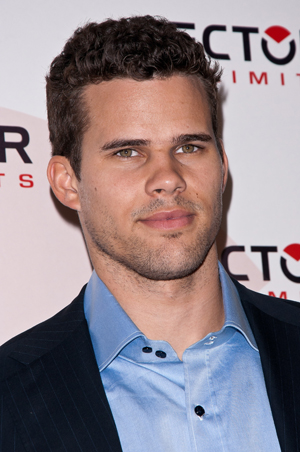 Kris Humphries may have encountered the fling from hell.

After the news of his relationship — which he refers to as nothing but a mere booty call — with Myla Sinanaj was revealed last week, it looks like Myla had more up her sleeve than just shacking up with Kim Kardashian‘s soon-to-be ex-husband.

According to TMZ, the hotel worker is reportedly trying to extort the NBA player by demanding some major cash from him in exchange for her silence on some “damaging information” she has about Kris, which sent him running straight to the governmental agency.

“Myla threatened that if she didn’t get money, she would ruin Kris,” says a source to TMZ. “We’re told the two sides could not reach an agreement, and that’s when Kris’s people decided to take it to the FBI.”

Sources told the entertainment website that Myla claims to have emails, texts and other documents about their relationship that could possibly destroy Kris’s reputation — especially since he is due to go to divorce court very soon and battle it out against Kim.

Sigh… Kris just can’t get a break when it comes to the ladies, can he? But the 27-year-old has learned a few tricks on how to deal with drama after his not-so-happy marriage to the queen of reality TV, and he’s on the ball, ready to stop anymore drama before it begins.

No word from Myla about this whole drama, but we think she’ll probably think twice before trying to extort another celebrity. Didn’t she learn anything from the David Letterman fiasco? I guess not.