Tick-tock… Time is officially against Drake, who is involved in legal woes after his fancy wrist wear has gotten him caught up in a lawsuit claiming the rapper is in possession of the stolen coveted timepiece. 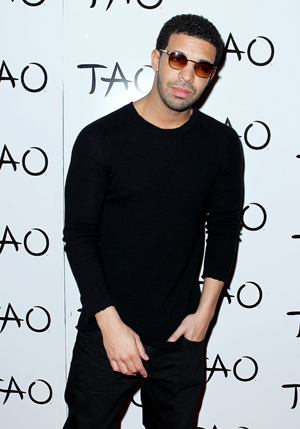 It’s the case of the missing watch worth a lot of money and the famous rapper who may have it.

Toronto-raised rapper Drake is caught up in a case that claims he has a $30,000 Rolex illegally sold to him by a midtown jeweller. The story, which first came out in the New York Post, all began when a lawyer, James McMillan, took his prestigious rose gold Rolex Presidential watch to a jeweller to have it cleaned. He waited on two occasions to get the pricey item back before the jeweller, Rafael Aranbayev, told him the expensive watch was gone.

And if that tangled web of events isn’t confusing enough, the lawyer, who is now suing Rafaello & Co., claims the missing watch is on Drake’s wrist after having been sold to the musician.

Wait… How did they get Drake involved in all of this? I mean, this guy is friends with Lil Wayne. We’re sure he can buy any watch he wants, and we’re pretty sure that if he did buy this particular watch, he probably didn’t know it was stolen.

Sources close to Drake tell TMZ that the “Headlines” artist does indeed have a the same Rolex, which he wears on his Take Care album, but he says he bought the fancy wrist wear from Rolex directly and not the jeweller in this lawsuit.

This is definitely a complex case, and we hope it is resolved without any major drama. But this does go to show you that women are not the only ones who go gaga over their jewellery — men do too!