With so many sports going on over the course of the summer games, it’s hard to keep track of all the events. We help you feel a little more prepared as to what’s worth watching by letting you in on a few cyclists you should definitely keep an eye on. 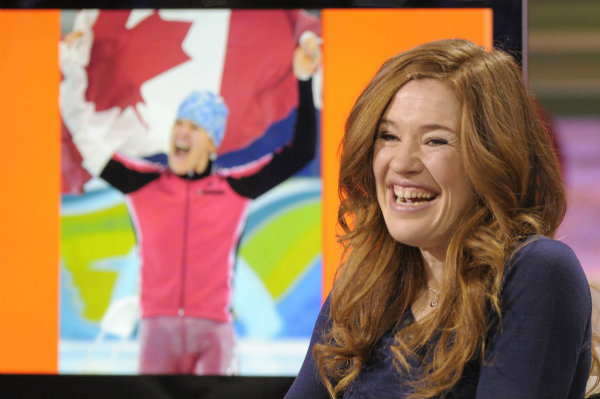 As the only athlete to win multiple medals at both the Summer and Winter Games, Hughes is one you can’t help but look out for. As a long-track speed skater, she won bronze in the 5,000 metre at Salt Lake City 2002, gold for the same event at Turin 2006 and bronze for it again at Vancouver 2010. Over the course of her road cycling career, she has won bronze in both the time trial and road race at Atlanta 1996. She’s back for London 2012 and will no doubt be ready and willing to add a couple more medals to her collection.

Whitten competes in a race event called the omnium. The omnium involves six separate events for which cyclists are awarded points. These points are then tallied to determine the winner. The events include a flying lap against the clock, an individual pursuit and a time trial. Whitten is a two-time world champion in the omnium, as she won gold in 2010 and 2011. Plus, with six separate events to watch, you’re sure to catch her fighting for gold this summer.

Bell will be representing Canada in the men’s side of the omnium and is likely to place impressively as well. He is the second Yukon-born athlete to represent Canada, and if he places, he will be the first athlete from one of the territories to win a medal at the Olympics. So let’s cheer him on!

Having finished fourth at the Beijing 2008 summer games, Pendrel is no doubt chomping at the bit for her chance to earn a medal at this year’s games. Two years ago, she earned her first UCI World Cup title by finishing atop the 2010 standings. And then in September 2011, she claimed the title of women’s mountain bike champion in the cross-country event. When it comes to cycling outside of the track and off the roads, Pendrel is certainly the one to look out for.

Check out CTV for more information on all the Canadian athletes heading to London this summer.