If you thought you couldn’t be any more envious of Selena Gomez and the fact that she’s dating Justin Bieber, think again. The young Hollywood actress is expressing to the world in her latest interview that she appreciates her humble beginnings, her supportive family and getting her foot in the door with the help of the Mouse. 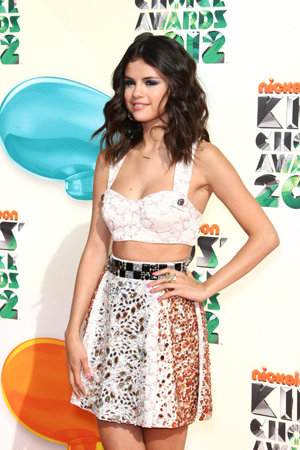 From the bad times to the Mickey Mouse times, Selena Gomez appreciates it all.

The former Disney starlet and notable girlfriend of Justin Bieber is counting her blessings and achievements as the cover girl for ELLE‘s July issue, and she tells the magazine her childhood wasn’t always as glamorous as her current life.

“I can remember about seven times when our car got stuck on the highway because we’d run out of gas money,” says Selena to ELLE. Although the 18-year-old beauty admits to the hardships she endured, she thanks her mom for still investing in her interests and making good times out of bad times.

“She took me to museums, aquariums, to teach me about the world, about what’s real,” says Selena.

It’s so good to see a young celebrity who is appreciative of their humble beginnings, don’t you think? It really speaks to Selena’s mature character, even though she isn’t a full-fledged adult yet. I mean, it was only this year that she ended her role as Alex Russo on the Disney show Wizards of Waverly Place — just one role the actress played and for which she says she’s fortunate. Selena tells the magazine that even though the Walt Disney corporation has a reputation for training teen girls to become teen queen stars, they do more than just that.

“Disney is a machine, so people automatically assume that you can’t work for the channel unless you act and sing and dance and sign up for all that. That’s absolutely not true. I always did everything the way I wanted to do it,” says Selena.

Although we’ll have to wait to see how successful her new film Spring Breakers will be when it comes out next year, the adorable brunette is confident of where she is in her career.

“I haven’t done a mega-hundred-billion-dollar Transformers movie, but that’s not what I want to do.”

Selena Gomez: “I was never popular in school”
Selena Gomez “separates ways for a while” from band
Selena Gomez’s Facebook page hacked by British student