He’s silent, but only temporarily. The British personality and X Factor judge has taken a break from his judging position after catching an unfortunate illness that has him home in bed rather than on the judging panel. 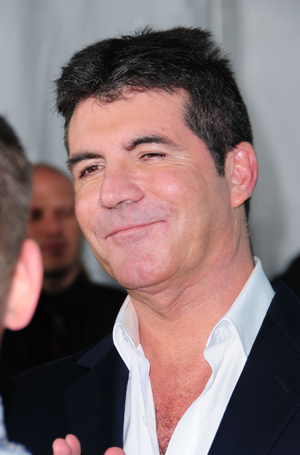 It looks like Simon Cowell won’t be ridiculing or demeaning any of The X Factor U.S.A. contestants for a while.

The snippy, witty and sometimes mean creator and judge of the reality singing competition is currently under the weather after being diagnosed with bronchitis, according to E! Online. The news of Simon’s illness was confirmed by a rep from the show, who says the British talent judge will not be at the Kansas auditions because he needs to rest up.

Shame, isn’t it? Well, to be honest, while we’re certain that some of the Kansas contestants are really happy to not have to face the brutal talent judge, we’re sure that others will actually miss his snarky and completely honest judgment. So rest up, Simon, because some people actually do miss you!

But the show must go on, and Simon has made sure to cover his spot by getting X Factor U.K. judge Louis Walsh to temporarily fill in for the time being. This isn’t the only roadblock that has occurred since the second season of show began. Pop diva and judge Britney Spears was rumoured to have walked off the set during auditions in Texas because a contestant butchered her song — a rumour Simon says is completely false.

“There was no walking off. We have breaks every five or six songs. You can go have a cigarette, you can go to the loo,” says Simon, according to E! Online.

Well, that was in the past, anyway. But we have a feeling The X Factor U.S.A. will definitely come across some other issues or drama at some point. After all, there are just so many personalities on that panel!