It’s been a while, but John Mayer is back in the midst of drama. The singer has accused Taylor Swift of writing a song about him on her new album, but is he really one to talk? 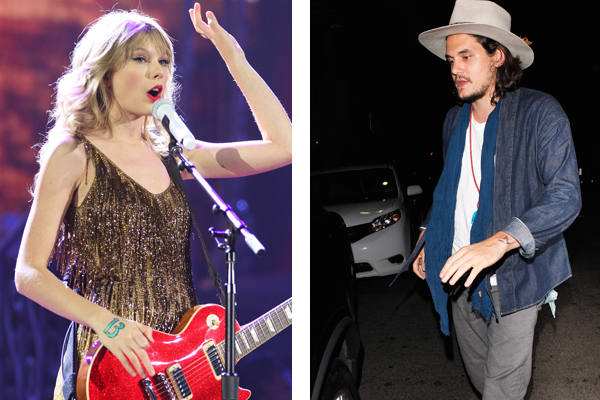 In the world we live in today, John Mayer is almost synonymous with the word “douchebag,” an image purported by the singer himself after an avalanche of explicit, insensitive interviews that subsequently led to his fall from grace and three-year reclusion from the public’s eye.

Now Mayer is back with a new album — Born and Raised (which debuted as bestselling album last week) — and an open mouth full of verbal diarrhea.

In a recent Rolling Stone interview, the singer accuses Taylor Swift (alleged but never confirmed ex-girlfriend) of humiliating him in a song titled “Dear John” off her newest album, Speak Now.

“I’m pretty good at taking accountability now, and I never did anything to deserve that. It was a really lousy thing for her to do,” Mayer states. “I never got an email. I never got a phone call. I was really caught off guard, and it really humiliated me at a time when I’d already been dressed down. I mean, how would you feel if, at the lowest you’ve ever been, someone kicked you even lower?”

And the glove has been thrown. Now, the 22-year-old country singer’s writing a song about her possible relationship with Mayer is kind of vanilla in retrospect to what he has said about his exes. Let’s take a walk down memory lane, shall we? The year was 2010, the interview was in Playboy, the subject was Jessica Simpson:

“Yeah, that girl is like crack cocaine to me. Sexually it was crazy. That’s all I’ll say. It was like napalm, sexual napalm,” Mayer told the interviewer.

In terms of accountability, did Simpson really deserve such public and overt praise? Would Mayer consider that humiliating? Many of us had to take scorching-hot showers to wash off the douche from reading that interview.

So Taylor Swift wrote a song about you… So what? We’d be more concerned about what Mayer knows and can relinquish to the press about the petite singer in retaliation. But apparently he’s through with that and is a better man.

“I just don’t think I’m supposed to be in people’s faces all the time,” Mayer says. “I made it about me… People were like, ‘Dude — no. I like some of your songs. But get out of the frame.’ People got upset I considered myself in, like, the top 10 male celebrities or something. It’s like, ‘No, you’re the guy I listen to when I make omelettes.'”

We’re glad he’s not making that interview — and Swift’s song — all about him… Oh, wait.

What do you think? Can John Mayer criticize Swift, or is that just karma? And, reformed man, or still a tool?