A survey conducted by a media website revealed that participants rock out in the mornings to Gotye and work best to Maroon 5. 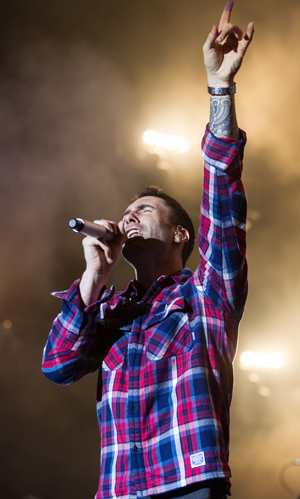 We all know that music has a profound effect on your mood, but did you know it can also possibly increase your work ethic?

A survey run by Songza (a web radio service) revealed that approximately half of respondents claim Maroon 5‘s “Moves Like Jagger” increases their productivity, while 42 per cent get their morning energy boost from Gotye‘s “Somebody I Used to Know.”

Scientists have proven a link between classical music and its beneficial effects on the brain, but does that apply to modern music too? The chaotic rhythms and presence of lyrics (absent in classical music) are theorized to render a disservice to your concentration and retention of information (although they’re still useful for those mood swings), but many swear their favourite song helps them study or work better than silence ever could.

Since there is no definite evidence disproving the latter, we say, if it’s not broke, don’t fix it. If music helps you, then go ahead and shake your booty to One Direction or Rod Stewart.

If your mornings seem a little bland, or you need a wee little pick-me-up, maybe some Carly Rae Jepsen, Prince or Calvin Harris will do the trick (plus Maroon 5 and Gotye).

What tunes help you work or get that cranium going in the morn?