It’s not enough that they’re one of the biggest boy bands in the world. Nope… Now One Direction is planning to expand its increasing popularity to the theatres, as the boys plan to star in a 3-D film. 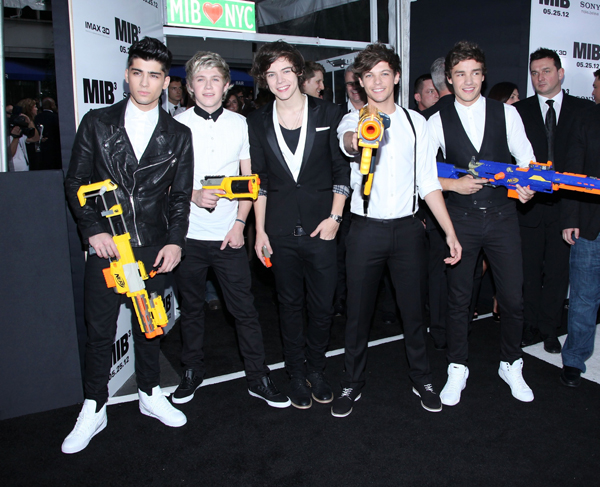 The One Direction fellas are about to become movie stars!

The British boy band sensation is taking cues from fellow musicians Justin Bieber and Katy Perry, and are set to star in their own 3-D film. According to The Sun, the handsome boys will be starring in a movie — either a scripted comedy or a documentary-style film — that will follow the boys’ lives up close and personal.

“It’s early days, but it’s something that their management and label are excited about,” says a source to The Sun. “All options are open, though they’re unlikely to get cracking on shooting it until next year.”

Next year? I don’t think One Direction fans will be able to wait that long! But like all good things that take time, it will be worth the wait if you want to see Harry, Louis, Liam, Zayn and Niall in all their glory. The flick, which is slated to come out November 8, 2013, is also projected to be a big cash-in for the young lads, who can reportedly make “£10 million each” from starring in their self-debut film.

“U.S. film experts are speculating that the 1-D film would be similar to Justin’s movie and will be a big money-spinner for the boys,” says the source.

Uh-oh, Biebs. Looks like you may need to star in another 3-D movie — and fast — to assert your position as top teen heartthrob.

The trend of musician 3-D films has been increasing in popularity ever since Justin paved the way, and pop star diva Katy Perry’s 3-D doc, Part of Me, should be hitting theatres this summer.

We wonder which musician will be next to hop on the 3-D movie train. Lady Gaga? Kanye West? We vote for both!