Elton John is a father, after all — he has to worry now. The music icon revealed he is very concerned about Lady Gaga’s health and lifestyle. 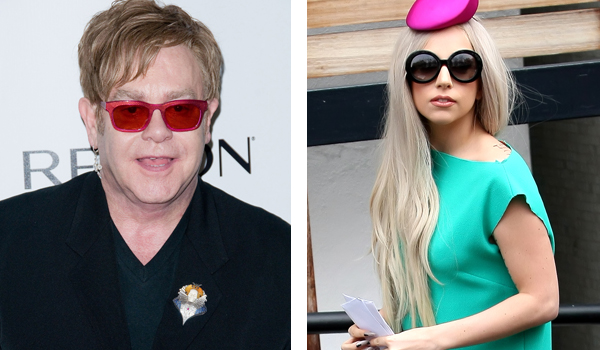 While most of us worry about Lady Gaga‘s psychological well-being or the fact that she may be a human kaleidoscope, Elton John actually worries about her, wholly.

The British musician has spoken out about his concerns for the artsy pop goddess (and godmother of his and David Furnish’s son) in a recent interview with The Guardian.

“I look at Gaga and I think, ‘How does she do it?'” Elton confessed. “I talk to her mum and dad about it. They worry. She is frail, and she doesn’t eat when she should do, and she’s a girl, and it’s tougher for a girl.

“She works really hard. She will be in Denmark one night and Saudi Arabia the next. I know how tiny she is, and I do worry about her, yes.”

Of course, when Elton John says he’s worried about you, there must be something to worry about. The singer has had his share of chaos, drugs and alcohol (and, of course, bad behaviour) in his life. Elton was also recently hospitalized for a “serious” respiratory infection, so health must be on his mind.

We propose a worldwide Gaga intervention! Give the girl a few months’ rest.

What do you think? Sharesies.

Indonesian group wants to stop Lady Gaga from performing
Madonna vs. Lady Gaga: A friendly jab or deliberate diss?
Lady Gaga and Taylor Kinney “on a break” from relationship