This is probably not how Scout was planning to start her week. The middle daughter of Demi and Bruce Willis was unfortunately busted for underage drinking and having a fake ID, and now has to face the music for her actions. 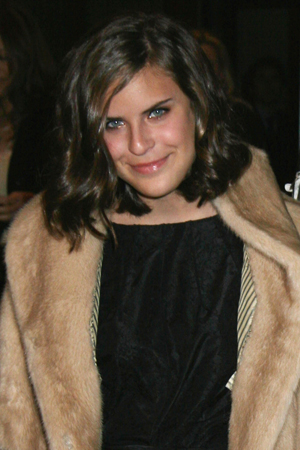 Uh-oh, Scout Willis has been busted!

The famous celebrity offspring of Demi Moore and Bruce Willis was arrested for underage drinking, according to the New York Daily News.

The Brown University student was caught by the police at the Union Square subway station, drinking beer at around 7 p.m. on Monday. According to the court report obtained by NY Daily News, Scout was allegedly drinking an “8-ounce Pakistani beer.”

But the story doesn’t end there. When police asked for her ID, the 20-year-old gave them a fake ID that read “Katherine Kelly,” but the police officers just didn’t buy it.

Hmm… Maybe Scout doesn’t realize that even though she’s not in the media a whole lot, her parents are super-famous and everyone knows who she is — even law enforcement.

Eventually, though, Scout did confess it wasn’t her ID and showed her real one.

“The first ID isn’t mine,” admitted Scout, according to the complaint via NY Daily News. “My friend gave it to me. I don’t know Katherine Kelly.”

Well, at least she was honest.

Scout was released without bail and will return to court on July 31 for her next hearing. Neither Demi nor Bruce has commented on their daughter’s actions, but it’s probably safe to say that Scout has learned her lesson and will never use a fake name again. Oh, and drink beer in public, of course, until she’s of legal age.