Our red maple leaf is burning bright! Government-funded Telefilm has granted $14 million to nine Canadian films this year, one of which stars Jake Gyllenhaal. 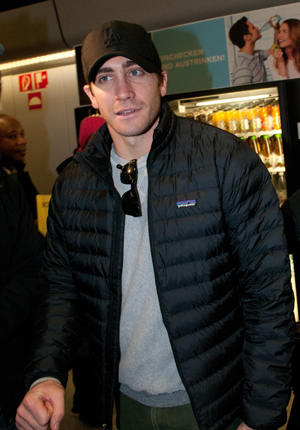 How rewarding would it feel if you could simply reach into the government’s pocket for money instead of the other way around?

Well, nine Canadian feature films (and their makers) have just found out what that feels like. We imagine it’s like riding a unicorn down a rainbow and into a beaver-pelted pot of Robert Borden brownbacks (a.k.a. Canadian hundreds).

‘Tis true, this opportunity was bestowed upon the filmmakers courtesy of Telefilm Canada, which allotted a grand total of $14 million to these projects. To extrapolate, Telefilm is a Crown corporation, funded by le gouvernement du Canada, aiming to promote Canuck film productions.

One of the nine chosen films is a new Denis Villeneuve endeavour starring Jake Gyllenhaal titled An Enemy, based on the Jose Saramago novel The Double. Swarms of teenage girls are already mobbing downtown Toronto, where the film is being currently filmed.

Villeneuve’s last film, Incendies, was nominated for an Oscar in 2010 for Best Foreign Language Film. So now the expectations are high, high, high.

But while the government’s gesture is noble, the truth still remains that even if films are made in Cannadia, oftentimes the actors are American, and the films receive little media attention and are known only in the pretentious film-bigot circles.

Effort needs to be put into the promotion and popularization of our films, which rarely even appear in suburban cinemas but are, rather, exclusively screened in the city centres. Canadian-made films need to become “cool” and, more important, accessible.