Oh, Gwynnie! Actress Gwyneth Paltrow made a little boo-boo recently when her tweet about a Jay-Z and Kanye West concert was misconstrued as racist. 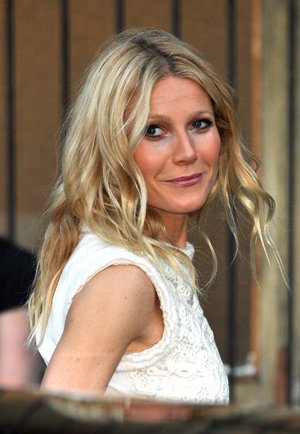 Don’t you hate it when your racial slur is misinterpreted as an offensive statement? What’s up with that? We kid, of course…

But some people were not laughing when Gwyneth Paltrow seemingly dropped the “N” bomb via Twitter while at Jay-Z and Kanye West‘s Watch the Throne Paris concert.

“Ni**as in paris for real @mrteriusnash (the dream) tyty, beehigh http://say.ly/ySc3rTP,” the actress tweeted on Friday along with a photo of herself dancing onstage with the two rappers.

The statement prompted a bit of an overreaction from the Twitterverse, some even calling Paltrow a racist. But the actress was simply referring to the title of Jay-Z and Kanye West’s song (no joke) called “Ni**as in Paris,” during the performance of which she was invited to join the rappers onstage.

The actress cleared the air on Sunday, tweeting, “Hold up. It’s the title of the song!”

But that is an interesting issue, one that still radically divvies up opinions.

Was Paltrow’s tweet distasteful, or did some peeps overreact? What do you guys think?