With edgy, star-studded films like Cosmopolis being filmed in Toronto, the city of a thousand locations is quickly becoming the hippest backdrop in moviemaking. 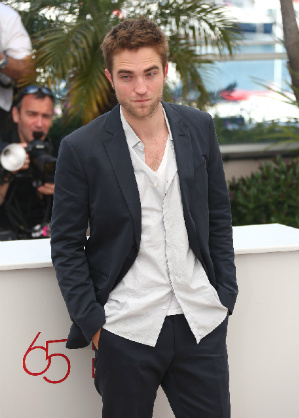 If you were in the downtown Toronto area at any time yesterday, you might have noticed a high concentration of squealing girls moving en masse toward one location. Before you hauled out your shotgun for fear that this was the start of the fangirl zombie apocalypse, we hope you caught a glimpse of what was actually going on: The stars of David Cronenberg’s news film, Cosmopolis, were in town to promote and then attend the movie’s red carpet premiere. Cosmopolis stars Paul Giamatti, Canadian actress Sarah Gadon and superstar Robert Pattinson (which explains the parade of lust-hungry, drooling females).

Cosmopolis follows a young billionaire (RPattz) as he treks across Manhattan in his cushy limo to go get a haircut. (It’s apparently way more exciting than it sounds, thank goodness.) Except that the actual city that provides the backdrop for the dark and disturbing film is Toronto, where Cosmopolis was shot. While it’s always great to know that stars are filming movies in our humble little town — especially when Toronto is standing in for New York, the city it so aspires to one day be — the fact that Cosmopolis is connected to Toronto feels like a special case of cool. The edgy movie has been receiving incessant buzz about its very adult content and very sexy scenes featuring the very popular Robert Pattinson. To know that this much-discussed film’s many misdemeanours and scandalous scenes were born right here in Toronto might make people think twice before they cast us Canadians off as polite, well-behaved igloo-dwellers. We can do edgy too, people.

Cosmopolis is the latest in a string of features filmed in Toronto that have helped the city earn international attention as a location worthy of exciting projects. More often than not, Toronto, with its big-city feel and many distinctive pockets, disguises itself effortlessly as American metropolises. Most often, as in the case of Cosmopolis, Toronto stands in for New York. However, in big-budget films such as Chicago and Hairspray, Toronto did a stellar job of playing the part of Chicago and Baltimore, respectively. Both of those movie musicals went on to receive critical and audience praise, helping to pave the way for other potential blockbusters. Most notably, the remake of Total Recall, starring Colin Farrell, Jessica Biel and Kate Beckinsale, which filmed in Toronto for a hefty chunk of last year, is primed to be one of this summer’s biggest hits.

In fact, Toronto has proven itself such a reliable location for attention-grabbing films that it has begun to shed its many location masks and stand confidently as itself. Chloe, the dark and twisted Atom Egoyan film that starred Amanda Seyfried, Julianne Moore and Liam Neeson, proudly featured Toronto as the backdrop for its complex characters’ sexual shenanigans. Samesies for Scott Pilgrim vs. the World, which starred Canadian Michael Cera. Though both films were set in the same city, they each displayed two very different Torontos — one exceedingly affluent; the other, a hipster’s haven — once again proving Toronto’s versatility and ability to host many styles of film. Especially cool films.

Toronto’s stock is rising as a destination spot for the talked-about films you want to see. It’s about time the place earned its due street cred, even if those streets happen to be clogged by Robert Pattinson-obsessed fans.

Hollywood to everyone: ‘We love ballet, and so will you!”
LiLo spotted with bruises… Does that mean she’s human?
Maggie Smith still loves Stratford!