It’s goodbye, little old Charlotte, North Carolina, and hello to the first stop of a world tour on tonight’s episode of The Bachelorette. Emily Maynard, daughter Ricki and the guys jet off to Bermuda in episode four of The Bachelorette. But no matter what edges of the Earth they travel to, there are some truths that cannot be ignored. 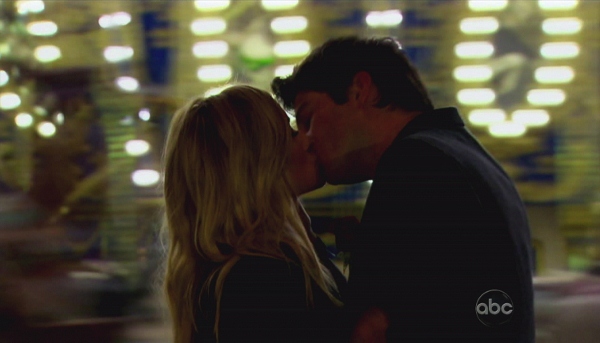 You know a two-on-one date is a terrible experience when guys are air-punching and high-fiving at the prospect of going on the group date with eight other dudes.

2. Doug may have more flaws than he’s willing to admit

When Emily asks Doug what his ex-girlfriends might say are his biggest flaws, he says spending too much time with his son and not washing her car enough. Emily accepts that she put him on the spot and lets it go, but she is smart enough to note later in the episode that a lot of the conflicts in the house involve him. Her guard remains up for the time being.

3. Talking in the third person is weird

Doug seems like he’s genuinely there for the right reasons. And he makes that even more clear when he chooses not to kiss Emily on their date until he is sure she is ready. But it probably would have seemed like a more noble move if he hadn’t stated in his follow-up interview that “if Emily wants a kiss from Doug, she’ll let Doug know she wants a kiss.”

4. Some things don’t make for a good date

You know what makes for a great date? Having three people sitting at a table in a straight line, facing a camera crew in a giant, silent cave. Oh wait, that’s the recipe for the most awkward date in history. Now we know why the guys were fist-bumping when they found out they didn’t have to go on the two-on-one.

5. Ryan isn’t there for the right reasons

Although Ryan may have seemed like a winner in the premiere of The Bachelorette, tonight he makes his intentions really clear. Between referring to Emily as a “trophy wife” and then replying to her queries on how he would feel about her gaining weight with the comment “God designed you to be a beautiful woman, so be a beautiful woman,” he isn’t exactly winning her over. But the real kicker occurs when he tells Michael he “sees great potential” in Emily but feels he’s “called to something bigger” and is excited to pursue opportunities like “Bachelor Ryan.” Hmm… Sounds like the definition of “not being there for the right reasons.”