Ballet isn’t just for sissies anymore. The elegant dance form has taken Hollywood by storm, and it doesn’t show any signs of slowing down. So bust out those tights, ladies, because you’re about to get ballet-ed. 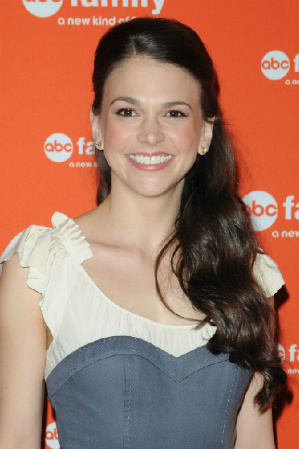 Ballet generally isn’t perceived as an especially flashy practice. With its rich historical roots, rigid rules and fluid motions, ballet is the quintessence of discipline and grace — certainly not something anyone would associate with fanatical popular culture or the rowdy ostentatiousness of Hollywood. At least, not until now.

After spending generations as a subject that both fascinated and intimidated all of us, ballet is finally getting its time in the spotlight as the hottest thing in Hollywood. Sure, there have been brave and relatively succesful attempts in the past to try to make ballet a little more approachable: Center Stage (2000) reached an unprecedented level of chick flick cult status, while The Company (2003) showed us that Neve Campbell was good for more than just running away from masked slashers. But ballet-themed projects coming from Hollywood have mostly been few and far between until very recently. Thanks largely to the massive popularity of 2010’s Black Swan, which turned the otherwise delicate and elegant world of ballet into a much darker and thrilling one, we have suddenly found ourselves in the midst of a balletic revolution. Newsflash: Ballet is cool.

And while ballet purists may regard even uttering “reality show” and “ballet” in the same breath as a defilement of the revered dance form, the rest of us are happy to welcome ballet into the world of over-produced TV and excessive exposure. To ensure you don’t get left behind with the rest of the passe hip hop-loving lame-o’s, here’s a list that will keep you right on top of Hollywood’s newest obsession. Break out those tutus, ladies: It’s time to get your ballet on.

This acclaimed documentary will be the perfect way to acquire your tastes to the world of ballet. First Position, which is heavily decorated by film festival awards and critical accolades, follows the stories of six young ballet dancers — ages 9 to 19 — from around the world and the struggles and sacrifices they face in preparation for the Youth America Grand Prix, one of the most important youth ballet competitions in the world. While each dancer faces a host of obstacles, the film is enormously uplifting, a powerful representation of how not even the most dire of personal or social circumstances can defeat one’s love of and commitment to ballet. Not quite Black Swan, but maybe that’s a good thing: You might actually fall in love with ballet after seeing First Position (to be released in Canada in July) instead of just being scared to death of it.

With ABC family’s new hour-long show, premiering June 11, ballet gets the Glee treatment. Bunheads, which stars Broadway favourite Sutton Foster, Alan Ruck and Kelly Bishop, tells the story of Michelle, a former Vegas showgirl who moves with her new husband to his very unglitzy hometown and finds herself teaching young girls ballet. Michelle soon discovers this may just be her new calling, while her students discover their own love for the dance. If you love the way Mr. Schuester and his glee club consistently find ways to teach one another valuable lessons through art, then this show is probably right up your alley. Get ready for some inspirational choreography and exciting group foites. And be prepared for a bunch of ballet clubs to pop up at schools everywhere this fall.

By this point, you’ll probably find you’re very comfortable with ballet. Time to venture into reality show territory to saturate yourself in all the true drama that exists in the world of this beautiful dance form. Breaking Pointe, which just premiered on the CW on May 31, takes a look behind the scenes at Ballet West, a ballet company in Salt Lake City, Utah. Get to know the dancers of the company and the nature of their often envy-ridden and highly competitive relationships. Watch as they anxiously await the news of whether their contracts will be renewed with the company. The sleek and engaging show is a cross between Center Stage and The Hills, and given the success of both those projects, we think Breaking Pointe stands to become something of a sensation.

Seeing as you’re now likely a rabid ballet lover, you might suddenly develop the urge to literally cloak yourself in ballet at all times. That’s easy, since this coming fall and winter seasons are exploding with ballet-inspired sillhouettes and styles, especially over at Dior. Think full tutus, body suits, A-line dresses, tights and the reliable ballet flat. We’ve also been seeing a lot of tulle and feminine shapes. And why not seize the chance to be a true bunhead yourself? Take after such celebrities and ballet enthusiasts as Kim Kardashian and Miley Cyrus, who have been photographed a whole bunch with their hair sitting balletically atop their heads. And if you really want to make a statement, invest in some of those heel-less high heels to give the illusion of walking on pointe. You may never be able to walk properly again, but who even wants to walk when you can just chaine and get there faster?