Be careful, artists: Sometimes art can be life-threatening. Clint Eastwood’s daughter and her photographer boyfriend are in a fight with society after displaying photos some are saying are offensive, but Tyler says they’re meant to promote art, not war. 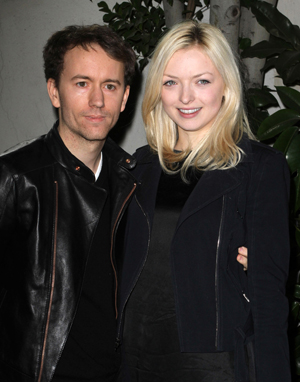 Can art ever go too far?

After burning a Hermes Birkin bag all for the sake of art, the celebrity photographer, who is boyfriend to Clint Eastwood’s daughter, Francesca Eastwood, tells ARTINFO.com he plans to donate $100,000 to a needy family.

Tyler, who has shot photos of Lindsay Lohan and Heather Morris, has been receiving major backlash (as has his girlfriend, who has been receiving death threats) for photos showing Francesca burn. He basically destroyed the much-coveted handbag, and he says he’s willing to make amends for what he did.

That’s a very kind deed indeed, but for some, that isn’t enough, especially since so many are angered by the inflammatory act during these financially hard times. And even though Tyler is willing to offer up some money, is he really apologetic? He tells the art website he spent his own money to buy the bag, and therefore people shouldn’t be mad at him for doing whatever he wanted to do to it.

Really? You burn things you like? That is very artistic — in an odd way, I guess.

He goes on to say the act wasn’t meant to offend anyone; it was just an artful expression.

“We weren’t taking anything away from anybody. It didn’t prevent anybody from being able to do anything,” says Tyler. “One of the things that people are upset about is that because some people are in hard times. I’ve been in hard times.”