No favouritism here! UCLA is not backing down from its decision to grant Sean Combs’ son, Justin, a full athletic scholarship. 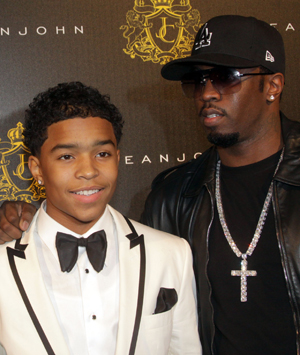 OK, if your father coughs and sneezes hundred dollar bills, there’s bound to be some scrutiny when you receive a full scholarship to university, no?

Case in point: Sean “Diddy” Combs‘ 18-year-old son, Justin, was granted a scholarship by UCLA to play on the Bruins’ football team. Some newspaper outlets were not too keen on the college’s decision, but the educational establishment is sticking to its guns, stating it’s an athletic scholarship, and thus, is not based on financial establishment.

Let’s not be bitter about this… With the money Diddy saves on his son’s education, he can invest in a new yacht or a private cinema in his bathroom. Just because he’s worth half a billion dollars does not mean Diddy is not a coupon-cutting penny-pincher.