Two men, present at the scene, were arrested in Tokyo in connection to the death of a 19-year-old Irish student after a Nicki Minaj concert. 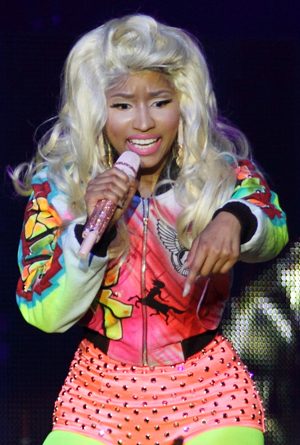 Two Americans have been apprehended in Tokyo for alleged assault and suspicion of murder of a 19-year-old Irish student, Nicola Furlong.

Furlong and a friend attended Nicki Minaj‘s concert at Zapp Tokyo on Wednesday; her body was discovered Thursday morning in a room at the Keio Plaza Hotel.

The suspects: James Jamari Blackston, a 23-year-old dancer claiming to have appeared in videos for Jennifer Lopez, Black Eyed Peas and Chris Brown, and an unknown 19-year-old male, allegedly a musician.

Both males were discovered at the hotel — the unidentified teen in the room where Furlong was found lifeless, and Blackstone in the adjacent room with her friend. The hotel staff member entered the room following a complaint about loud noise.

Authorities stated that Furlong’s body showed signs of sexual assault and marks on her neck indicating the likelihood of strangulation.

The men have been charged with sexual assault of Furlong’s friend and are under investigation for the student’s death.

“These two men allegedly took advantage of a female unable to resist due to the fact she was in a comatose state from a highly alcoholic beverage,” stated the Tokyo metropolitan police in Tokyo’s Independent newspaper. “On a taxi ride between Shibuya and Shinjuku, they took advantage of a woman by touching her body. As that is an indecent act, they have been charged with quasi-forcible indecency.”

Our condolences to the family. Godspeed!