If you have the afterlife on your mind, we have some good news. Elvis Presley’s crypt, which held his body for a few months, is up for auction next month. Time to dip into those savings… 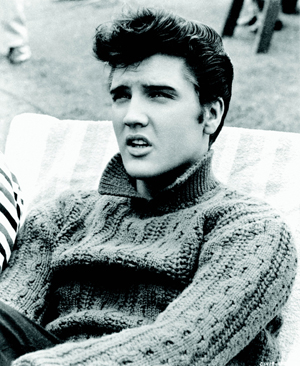 Sometimes fans do the craziest things for their favourite celebrity. You know, like collect records or photos, have the celebrity’s name or face tattooed on an inconspicuous place, get buried in the same crypt…

Oh yeah, this one’s a doozy. All hardcore Elvis fans, listen up! The opportunity to be buried in the crypt that once housed Elvis Presley’s body is to be auctioned off next month.

So if you were on a hunt for a tomb with an interesting history and amazing scenic views, look no further!

The crypt held the music legend’s and his mother’s, Gladys, bodies for about two months in 1977 before being moved to Graceland.

“I just consider that if you’re an ultimate fan of Elvis Presley, it’s an opportunity,” Darren Julien, president of Julien’s Auctions, told the New York Times. “It’s definitely a conversation piece. Only one person can say, ‘Hey, I’m going to be buried where Elvis Presley was.”

And haven’t you always wanted to say that in a casual conversation?

The starting price is $100,000. The crypt comes with a package deal, along with all the required services to inaugurate that body of yours into the tomb — rock ‘n’ roll style. The auction is to be held at the Forest Hill Cemetery in Memphis on June 23 and 24. So better book those flight tickets.

There ye have it. Forget resting in some generic cemetery with all the commoners… Wouldn’t you want to be buried in Elvis’ crypt?

More on the Presley family