Madonna may have officially tipped the glass over in the controversy between her and the Mother Monster, after rehearsing for her world tour and doing a mash-up of two of their songs, suggesting that Madonna still thinks Lady Gaga copied her song. 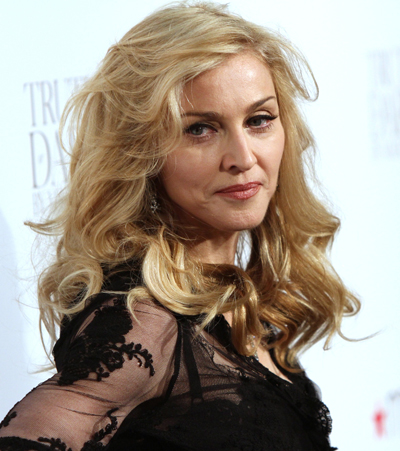 Madonna and Lady Gaga are at it again.

Yes, the original Material Girl herself has taken another swing at mega-pop star Lady Gaga, once again hinting that the Mother Monster’s song “Born This Way” is eerily similar to that of Madonna’s 1989 hit, “Express Yourself.”

A video on YouTube shows Madge rehearsing for her MDNA tour (which begins this Thursday in Israel), dancing to “Express Yourself,” when all of a sudden, Lady Gaga’s “Born This Way” begins to play, mixing the two songs — and there is no denying the similarities between the songs.

Now, whether this was a deliberate way of Madonna saying to the 26-year-old musician “I told you so” or a very cool and potential remix collaboration between the two pop divas, it was very interesting to see how the two songs compare to each other.

Lady Gaga, however, was upset at even the idea that someone would accuse her of copying someone else’s song, and last year she addressed the issue when the whole drama happened.

“That’s retarded. If you put the songs next to each other, side by side, the only similarities is the chord progression,” said Lady Gaga in response, according to The Daily Mail. “Just because I’m the first f*** artist in 25 years to think of putting it on Top 40 radio, it doesn’t mean I’m a plagiarist…”

OK, so maybe the songs do sound alike by concidence. These two ladies still reign over the pop world, which I think speaks to both their unique musical styles and personalities.

And song controversy isn’t the only thing these two have in common. Both Madonna and Lady Gaga are being scrutinized over their concert tours. Lady Gaga had to cancel her Indonesia concert after religious group Islamic Defenders Front protested against her performing, over which Gaga expressed her sadness about not being able to perform via Twitter, saying to her fans she was “very sorry” and “devastated” by the whole thing. While on the other side, Madonna is pushing the boundaries of her music tour by using machine guns as a part of her stage routine, which is prompting people to question if she will receive the same backlash she did for wearing Chanel gun-shaped heels at the premiere of Filth and Wisdom in 2008.

See? These two are so unique that it would be impossible for them to not sooner or later copy each other.