Unfortunately activism is not always for a good cause. Due to persistent protests in Indonesia against Lady Gaga’s concert, the songstress was forced to cancel her tour in that country. 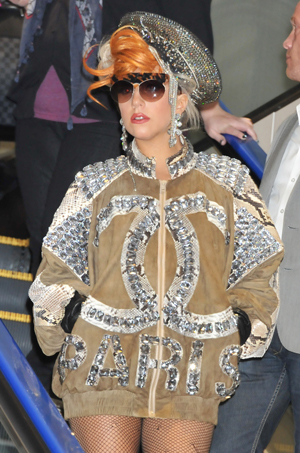 It seems like Indonesia will not be going gaga for Lady Gaga anytime soon.

The eccentric songstress has officially cancelled her Indonesia tour due to protests by a religious group.

The demonstrators — bound under the name of Islamic Defenders Front — have been protesting against Gaga’s performance in Jakarta, claiming she is the “messenger of the devil” and that her provocative dance moves will corrupt the city’s morals. The group also stated that it bought numerous tickets to the show with the intention of stopping it.

The show was scheduled for June 3, and all ticket holders have been promised a refund. Lady Gaga addressed and apologized for the cancellation via Twitter:

“There is nothing Holy about hatred,” she tweeted Saturday. “We had to cancel the concert in Indonesia. I’m so very sorry to the fans & just as devastated as you if not more. You are everything to me.

“I will try to put together something special for you. My love for Indonesia has only grown. #GagaSendsLoveToJakarta and all its people.”

Radical groups are as radical groups do. The people of Indonesia — hopefully — are at liberty to choose the music they want to listen to. They chose Lady Gaga, with all her seemingly “detrimental” and “corruptive” behaviour. To conclude: Gaga should be permitted to put on a show in Indonesia, since there is clearly a demand (hallooo sold-out stadium!).