Marriage isn’t for everyone, including celebrities. The prominent Hollywood actress has stated she will not get married, citing the unfair legal rules associated with the partnership. 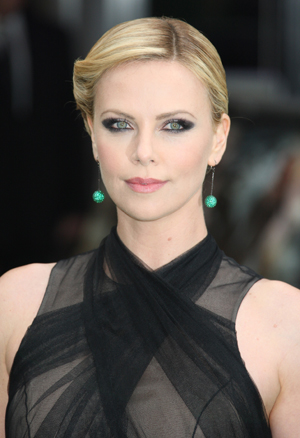 Charlize Theron is happily unmarried — and likes it that way.

The Snow White and the Huntsman actress has revealed she doesn’t want to walk down the aisle anytime soon, and though the new mom has embraced her maternal side ever since adopting her son, Jackson, she says that the marriage partnership just isn’t for her.

“Until it’s equal for everybody, I don’t want to be a part of it,” says Charlize in an interview with Britain’s You magazine via the Daily Mail. “I grew up during apartheid, and this feels similar.”

So I guess the idea of Charlize donning a white gown is now out of the question.

The South African beauty says her reasoning behind her choice is in how people of different sexual orientations are treated differently when it comes to marriage, and she just doesn’t think it’s fair.

“Why can heterosexual couples have the legal status of marriage and same-sex couples cannot? That is like having a white water fountain and a black water fountain,” says Charlize.

The 36-year-old Oscar winner isn’t the only celebrity who disagrees with the current legal rules of marriage. Newly engaged super Hollywood couple Brad Pitt and Angelina Jolie haven’t set a date yet for their much-anticipated nuptials, because Brad doesn’t want to get married until all couples can legally marry.

“It’s just something that makes sense to us,” said Brad at the Cannes Film Festival, according to Us Weekly. “We’re still hoping that we can figure out marriage equality in the States before that date.”

We wonder, though, if the laws change, will Charlize change her mind about marriage? We only hope so, because we know one thing for sure: Charlize would make a beautiful bride!