How far would one go for an Oscar? Let’s ask Nicole Kidman. The actress addresses the buzz around the “urinating” scene in her new film, The Paperboy. So, was it for real or for play-play? 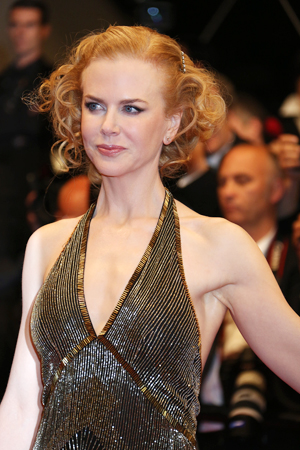 Well, Nicole Kidman sure put the “pee” in The Paperboy.

The actress’s performance in the Lee Daniels film adaptation of Pete Dexter’s crime thriller novel The Paperboy, co-starring John Cusack, Zac Efron and Matthew McConaughey, has received quite a bit of attention at the Cannes Film Festival. One scene in particular caught the critics’ eyes…

In the film, Kidman plays a fiery woman of the trailer trash variety who falls in love with a man on death row (Cusack) and enlists two investigative reporters (Efron and McConaughey) to prove his innocence. In the scene that’s got everyone’s knickers in a bunch, Zac Efron’s character is stung in the face and chest by jellyfish. A group of nurses suggest urine to alleviate the pain, and Kidman jumps into the mix, claiming she ought to be the one to do it. And so she does… Yes, Nicole Kidman urinated on Zac Efron’s face.

Aside from the moral discomfort of seeing someone as gorgeous as Zac Efron being peed on, the important question is, was it real or just movie magic?

Dear reader, it was real.

“Yes, I did the scene. That was what Lee wanted. It was in the script. And it’s pretty out there. I mean, I love Zac. He’s such a great guy, and let me just say I am glad it was him. I feel safe with Zac, and hopefully he feels safe with me. Oh my God, I can’t believe it’s all over Twitter. Of course it would be all over Twitter,” Kidman confessed to Deadline Hollywood.

Anyone manage to hold down any food? You could say Kidman showered Efron with gold… Too much?

But there ye have it. Knowing the facts, would that deter you from watching the movie or encourage you?