Move along… No troubled young actress here. Amanda Bynes has been accused of another driving incident, but says all the stories and rumours are lies and that she is tired of hearing them. 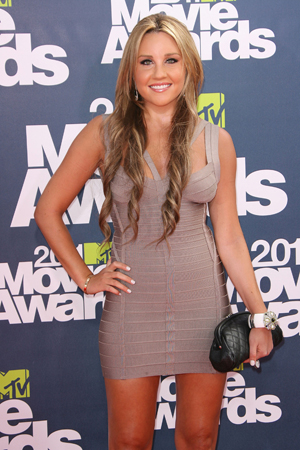 Amanda Bynes just hasn’t had any luck when it comes to the law and driving lately.

The former Nickelodeon star, who has experienced quite a fair share of driving incidents this year, has been accused of yet another hit and run. TMZ reports that a victim claimed the beautiful brunette was driving the car that slammed into their car on the freeway in San Fernando Valley on April 10.

The victim claims that Amanda hit their car, then ran a red light and fled while they tried to catch up to her car. They said they got the licence plate number and reported it to police, who learned that the BMW was a rental and that it was rented by the 26-year-old actress.

Sounds like a very complicated series of events that is just causing more problems as details come out, which has compelled Amanda to speak up about the whole incident, calling it absolutely false in every way.

“I can’t help but laugh at all of you writing fake stories about me,” tweeted Amanda about the whole thing. “I was not in any hit and runs. I don’t drink so the DUI is false.”

Of course, the DUI case Amanda is referring to was the April 6 incident, where she reportedly side-swiped a police car, which resulted in her arrest and being jailed before being bailed out. She also faced another driving woe in March when she fled the scene during a traffic stop while a cop was writing up a citation against the young celebrity for talking on a cell phone while driving.

But there is good news in all of this. The police told the entertainment website that Amanda won’t be held accountable for this new alleged hit and run because there isn’t enough evidence or a witness coming forward to say she actually did it.

There you go, Amanda. You’re free! Now try and stay out of trouble. Maybe invest in a chauffeur for a few days or a week or so, just until this whole thing blows over.