Drrrrum rrroll! After a long, dramatic and strenuous wait, the Elizabeth Taylor biopic has finally found the actor to play Richard Burton. Who is it? 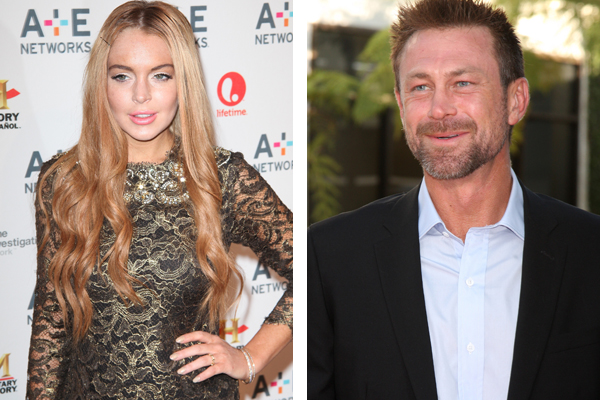 It appears that Liz has found her… erm… Dick…

We all know Lindsay Lohan was bestowed the coveted role of Elizabeth Taylor for Lifetime’s biopic Liz & Dick — which will be exploring her fourth and fifth marriages to Richard Burton — but until now, we had no idea who’d play him.

It has been confirmed: The role of the charming Mr. Burton has been given to… Grant Bowler of True Blood! Take it in, process it, embrace it, accept it.

Despite the 15-year difference between Lohan and Bowler, the producer of the film, Larry Thompson, claims it ain’t no thang.

“Richard Burton was quite older than Elizabeth Taylor. This is from a visual point of view just about equal to Liz and Dick. Visually speaking, it is a perfect match.”

Lohan met Grant for the first time yesterday. The contracts have already been drawn up.

“We had Lindsay and Grant come into a room at Lifetime, and the chemistry exploded,” Thompson told E! News. “It was just Fourth of July firecrackers going off in the room. We knew from the chemistry that Liz and Dick live again.”

There ye have it. What do you think? A reawakening of a famous couple, or someone needs new glasses?