Well, finally! Kim Kardashian and Kanye West were snapped displaying some passionate public affection at a red-carpet event in Cannes. 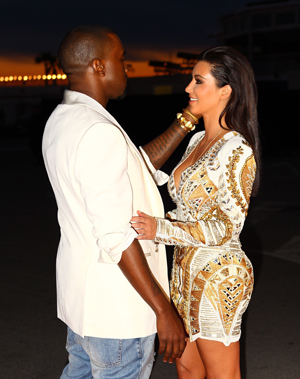 We suppose they’re not in hiding anymore…

Kim Kardashian and Kanye West certainly gave the paparazzi something to look at whilst strolling down La Croisette in Cannes in celebration of West’s new film, Cruel Summer. Oh yeah, the couple engaged in some good old-fashioned, heavy, French-inspired PDA.

Kardashian decided not to comment on the couple’s kissing rendezvous, but did say Kanye’s film was “spectacular” and the “seven-screen experience was so engaging.”

According to E! News, the couple moved their luvin’ to Gotha Club later that evening and treated fellow patrons to a few public make-out sessions. No harm done.

Finally these two realized they are not spies. Kardashian, for someone who is a reality television star, seems to be quite private with her new beau. Who needs privacy? We want more PDA!