There is nothing going on here, y’all! The pop star may have her diva moments, but walking off the set of the reality show isn’t one of them, and she’s ready to set the record straight and continue her judging duties. 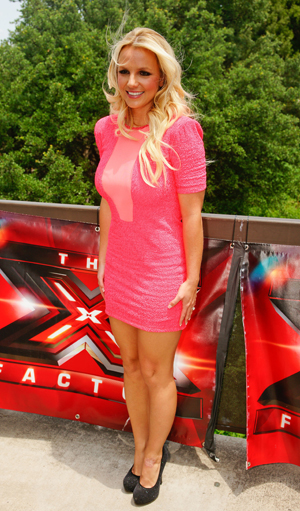 Has Britney Spears succumbed to the pressures of The X Factor already?

The entertainment realm has been buzzing after hearing the rumour that the pop star and new judge of the hit reality competition walked off the set after a performance that didn’t sit to well with the pop queen. According to TMZ, during the Austin, Texas auditions, Ms. Spears walked away from her judging chair, with sources claiming she left because a contestant “butchered” her song, “Hold It Against Me.”

What did you expect, Brit-Brit? It is a singing competition, and not everyone is going to have a perfect voice.

But an insider of the show says the 30-year-old didn’t leave because she was mad — though it’s doubtful she would admit she was upset because of that — but that Britney “just took a short break.” Even Britney took to Twitter to squash the diva rumour that she just got up and left.

“#Britneywalksoff??? LOL was just taking a little break people. I am having the BEST time!!!” tweeted Britney.

Well, that’s understandable, since we don’t want the “Toxic” artist to get tuckered out before all the auditions are completed, especially since Britney has been over the moon ever since she snagged the judging spot.

“I couldn’t be more excited to join The X Factor judging panel,” said Britney at a FOX event earlier this month via Xtra. “I’m a huge fan of the show, and now I get to be a part of the action. Simon and L.A. better watch out!”

See? Everything is good. No reality show drama here — for now, at least.