It’s official: Phillip Phillips is the winner of American Idol’s 11th season, making Jessica Sanchez the runner-up. So what? It’s not like Jessica’s silver medal is going to affect her blindingly bright future. 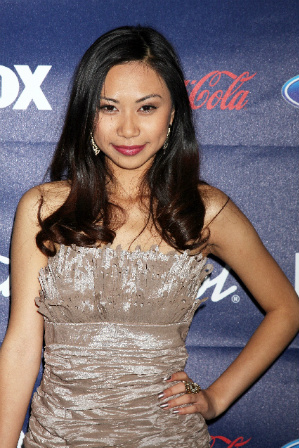 Well, ladies, another season of American Idol has come and gone. This year’s winner was, unsurprisingly, Phillip Phillips, season 11’s token sensitive male hearthrob with a guitar — a breed that has dominated the Idol reign for the last few seasons. Yet despite everyone’s expectation that Phillip would ultimately win, he did have some ferocious competition in 16-year-old runner-up Jessica Sanchez, whose tiny frame and gigantic voice make her something of a freak of nature.

For any of you on team Jessica who think she was sorely robbed, don’t start revolting quite yet. Yes, it’s a huge deal to win one of the biggest singing competitions in the world, but when it comes to American Idol, winning isn’t necessarily everything. Many American Idol winners of yore haven’t exactly lived up to their title, while their runners-up and even plain old finalists have lapped their fledgling careers countless times over.

Not that we wish anything but the best for Phillip — he’s an undeniably talented guy, and the world can always use more heartfelt acoustic ballads. We’re just reminding everyone to consider that for someone like Jessica, who, at age 16, is blessed with a talent that even some of today’s best-loved vocalists would probably kill for, coming in second or fourth or 10th is really no big deal. Chances are this pint-sized beltress will follow in the footsteps of these other extremely successful Idol finalists, whose denial of the Idol title meant absolutely nothing:

Though Jennifer had a fairly good run on Idol, she was ultimately told by Simon that she was “out of [her] depth in this competition,” which led to her promptly being voted off. She admits that this hurt her quite a lot, but Jennifer decided to brush Simon’s criticism off and continue to pursue her dream. Yada, yada, yada, she won an Oscar for best supporting actress in Dreamgirls. Oh, and she’s now one of the most famous singers on the planet, with a huge spokesperson deal with Weight Watchers. Sorry, what was that you were saying, Simon? In all fairness, Simon has long since retracted his criticism of Jennifer, admitting he was all wrong about her and that her performance in Dreamgirls was “literally extraordinary.” Who wants to be an Idol when you have an Oscar to keep you warm?

It was a pretty tight competition back in season 2 when Ruben Studdard — a.k.a. the Velvet Teddy Bear — and Clay Aiken faced off for the title. Of course, Ruben ultimately won… and then kind of fizzled out. Meanwhile, Clay stayed right on people’s radar, popping up everywhere: TV shows, talk shows and of course, his famous People magazine coming-out cover. He even took a stab at Broadway in the cast of the hit musical Spamalot. We’d say that Clay Aiken didn’t really suffer that fateful night when he lost the title to Ruben; in fact, we may go so far as to call Clay the true winner of Idol‘s second season.

There are many reasons Kellie Pickler could have just faded into obscurity after her run on Idol in season 5. Some people don’t consider her especially talented and may even call her trademark ditzy bubbliness grating. But somehow, Kellie has carved out a pretty impressive career for herself as a country music star and TV personality. She shows up surprisingly frequently in the pages of gossip magazines and seems pretty good at making sure we don’t forget her. We will say, though, that much of her fame is thanks to Ellen Degeneres, who often has Kellie on her show as a guest. Ellen clearly just gets a kick out of Kellie’s antics and the baffling things that tend to come out of her mouth. But hey, exposure is exposure, and whether we like it or not, Kellie is definitely one of the most successful and recognizable Idol finalists.

Like Jessica, Adam was beat out by a guitar-strumming cutie. But we’re glad Adam came in second: It would just feel a bit wrong to burden as unique and specific a performer as Adam with such a comparatively generic title. Adam, whose super-chic and belt-a-riffic glam rocking is probably receiving a standing ovation from Freddie Mercury up in heaven, has just booted Carrie Underwood — an Idol winner, people! — out of the number one spot on the Billboard 200 this week with his new album, Trespassing. Many people are calling this a landmark achievement for Adam, since he is apparently the first openly gay artist to top the albums chart. We just see it as proof that you don’t need to win American Idol to get the glory.