It’s raining lawsuits. Actress Sharon Stone is the subject of a lawsuit filed by her former live-in nanny for alleged racism, harassment and wrongful termination. 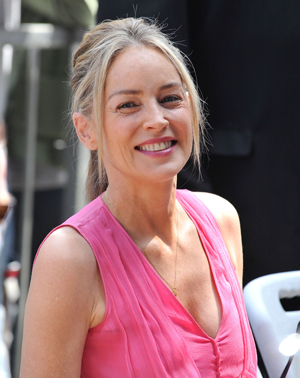 Being a lawyer in Hollywood must be paradise…

Alas, yet another star has fallen prey to the lawsuit plague. This time it’s Sharon Stone. The actress is being sued by a former live-in nanny for wrongful termination and harassment — basically a lawyer’s bread and butter.

Here’s the story: The claimant, Erlinda Elemen, alleges to have been hired to take care of Stone’s three adopted sons, 12-year-old Roan, 7-year-old Laird and 5-year-old Quinn. Elemen claims she was not permitted to speak with the children because Stone did not want her children to talk like her (the nanny is a Filipino immigrant). The actress also allegedly forbade Elemen from possessing or reading the Bible in her household.

In January 2011, Stone found out that the claimant was paid overtime for working holidays and travelling with the children. She demanded the money back, which Elemen refused to return. The actress then decreased the employee’s pay and hours and ultimately fired her three weeks later.

Elemen claims to continuously experience “severe physical and mental anguish” and claims “emotional distress” that renders her incapable of working.

Stone’s rep addressed the suit in a statement issued through E! News, saying the lawsuit was filed by a “disgruntled ex-employee who is obviously looking to get money any way she can.

“After she was terminated approximately 1 1/2 years ago, she filed claims for alleged disability and workers’ compensation. Now, she is obviously looking for another opportunity to cash in. This is a frivolous lawsuit for absurd claims that are made up and fabricated. Sharon Stone will be completely vindicated in court.”

We’re no judges, but it seems the verdict would be in Stone’s favour. The case smells of money scheming, and it’d be difficult to provide the evidence necessary to prove the plaintiff’s claim.

Sharon Stone must pay 232K to man who was injured on her property
Sharon Stone loses custody of son
Aging in Hollywood: Plastic or plants?