Elton is keeping mum for a while. The English singer is taking a brief break after being hospitalized for a serious infection that has prompted doctors to tell the crooner to stop performing, resulting in some show cancellations. 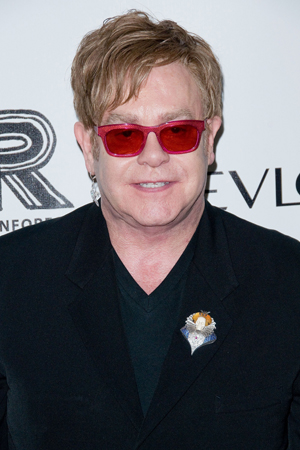 Elton John will be resting his voice for a while.

The English artist was hospitalized on Wednesday for a serious respiratory infection, according to TMZ.com. Elton — who has since been released, according to the entertainment website — checked in to Cedars-Sinai hospital in Los Angeles, where doctors told the singer he shouldn’t perform for seven days.

Although this just might be the break Sir Elton needed — albeit happening in a most unfortunate way — the news is a bummer for fans who bought tickets to his concerts in Las Vegas, which he now has to cancel due to his condition.

“It feels strange not to be able to perform these ‘Million Dollar Piano’ concerts at the Colosseum,” says Elton to TMZ.com about cancelling the four shows. “I love performing the show, and I will be thrilled when we return to the Colosseum in October to complete the 11 concerts.”

It is too bad that Elton had to cancel his performances, but I’m sure his fans care more about his feeling better and getting healthy. The 65-year-old even proved his charm and dedication to his fans, apologizing for the cancellations.

“All I can say to the fans is sorry I can’t be with you,” says Elton.

It’s OK, Elton. We forgive you. Now get some rest, and get better!