Where was the security? Underage Bobbi Kristina was reportedly caught on tape playing the slots while she was in Las Vegas. 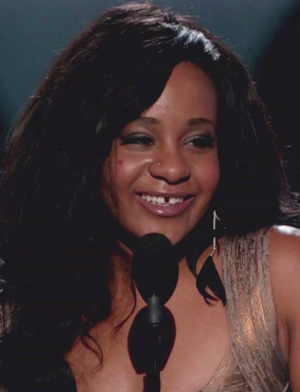 Oh, kids these days… Bobbi Kristina Brown was in Vegas this past weekend for the Billboard Music Awards, but rumour (and video) has it she was seduced by the slot machines as well.

Unlike in Canada, U.S. law prohibits anyone under the age of 21 from gambling. So now the 19-year-old is under investigation for reportedly playing the slot machines at Las Vegas’ MGM Grand, which was caught on video and posted on TMZ.

It has not been confirmed whether the woman in the video is indeed Bobbi Kristina, but if proven that it is, the charge would be considered a misdemeanour punishable by up to six months in jail or a $1,000 fine.

Bobbi Kristina was in Vegas to accept the Millennium Award at the Billboard Music Awards on behalf of her late mother, Whitney Houston.

Oy, those slot machines are more addictive than Tetris and have more sparkle than a diamond ring. No wonder people cannot resist.