He may be a young Hollywood celebrity, but Josh Hutcherson understands the importance of investing in Los Angeles real estate and is proving that finding a home that suits you is extremely important — even if it’s up in the trees. 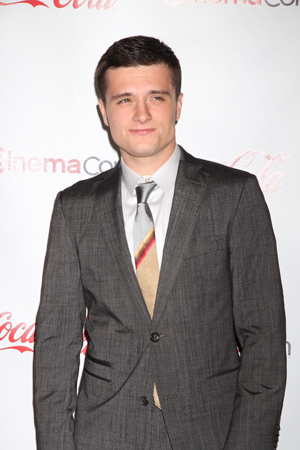 Josh Hutcherson is moving on up and above Hollywood — literally.

The Hunger Games star, who won us over with his boy-next-door looks, has officially proven his growing Hollywood status after purchasing some swanky Los Angeles real estate.

According to the Daily Mail, the young actor purchased the $3 million estate known as the “Tree House,” a house once owned by the late Australian actor Heath Ledger. The house was dubbed the “Tree House” because of its beautiful nature views, which we bet are quite the sight to see after a long day of acting.

Hmm… Sounds like Josh may have gotten a little too used to the forest setting in the hit movie and couldn’t wait to find an abode that had a Hunger Games feel and that was sophisticated at the same time. It’s like hitting two birds with one stone, which we’re sure he is also skilled at, based on his character.

But back to the house!

The 19-year-old’s two-bedroom and two-bathroom pad is definitely a stunner, with large, contemporary rooms, a fern-green backyard that looks like more of a green oasis and large glass windowpanes that let the light shine in perfectly.

Wow! Sounds like quite the house. Now I know where The Hunger Games cast will probably have its next get-together.