One more thing to make the actor even more endearing. Johnny Depp has been officially welcomed into the Comanche Nation in honour of his portrayal of Tonto. 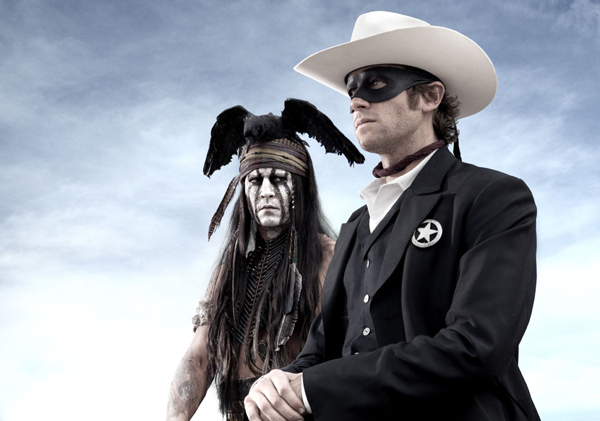 We all know that Johnny Depp is a magical bag of nationalities. Plus, he is beautiful — fact.

Now his ancestry has expanded just a bit more. The actor is currently in New Mexico working on The Lone Ranger (directed by Gore Verbinski) and has recently been officially adopted by the Comanche Nation for his portrayal of Tonto (the fictional character has been depicted as a member of the tribe).

The ceremony was held on May 16 at the home of LaDonna Harris — a Comanche herself and president of Americans for Indian Opportunity — in Albuquerque, New Mexico. Depp attended bearing gifts for the attendees, as is Comanche tradition.

“Welcoming Johnny into the family in the traditional way was so fitting,” Ms. Harris stated on the Indian Country website. “He’s a very thoughtful human being, and throughout his life and career, he has exhibited traits that are aligned with the values and worldview that Indigenous peoples share.”

We agree. Depp is actually part Aboriginal, having a Cherokee great-grandmother. This honour only highlights the awesomeness of this gorgeous man, who just never seems to age and gilds everything he touches… We may be in love.

Nonetheless, there ye have it. What do you think?