Kristen Wiig has left Saturday Night Live. It is the end of an era, ladies. We pay loving tribute to the memory of the many characters she brought to life during her years on SNL. 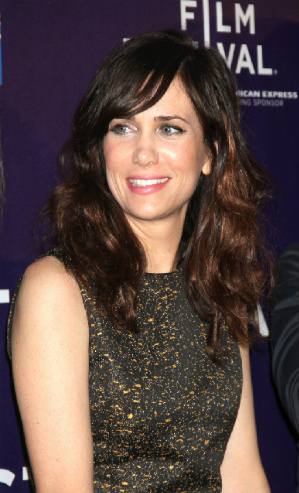 Dearly beloved: We gather today to bid farewell and pay our greatest respects to several exceptional women. Each one of these inimitable ladies has touched us deeply for the past seven years; their simultaneous departures from our lives leave an aching chasm of melancholy in our hearts that were once filled with limitless laughter. Yet while we may be overcome with grief over this tragic loss — and a fear for what our future Saturday nights hold without the presence of these women — it is important to recognize how lucky we are to have known the joy they brought us weekly, brief though it may have been. After all, ’tis better to have laughed and lost than never to have laughed at all. Or something.

We remember Shana, whose vivaciousness and confidence turned heads everywhere she went. No man could resist her charms, and no woman could hide her envy of this magnificent siren. But it was her spontaneity that we will truly miss. Whenever Shana walked into a room, we knew we were in for the surprise of our lives, as she would unpeel yet another layer and reveal new secrets of her fascinating character. And while we may not have touched her Halloween candy bowl with a 10-foot pole, we will always think of her fondly when we see a rabid, sexy bunny rabbit.

We remember Dooneese, who, despite enormous obstacles and tiny hands, managed to beat the odds and live her dream of being a performer. Ever the shining light of positivity, Dooneese made us all forget who the star of the Lawrence Welk Show was as she bravely performed alongside her sisters and bandmates; indeed, to hear Dooneese sing was an experience unlike any other. To say that Dooneese marched to the beat of her own drum would not begin to describe how truly unique, both in appearance and in spirit, she was. Anyone fortunate enough to have known or been groped by this extraordinary woman would agree that her heart was as big as her forehead.

We remember Kat, who leaves behind her beloved partner, Garth. Through their distinctive musical stylings, Garth and Kat reminded us of the importance of trusting others. We express our deepest sympathies to Garth, who undoubtedly feels this loss more deeply than any of us can imagine. In a conversation with him earlier, he explained that it is as though someone took an axe and chopped off his left arm and leg, as well as a piece of his brain and some of his spleen (but he doesn’t really need that). He will be delivering a song in memoriam shortly, which he assures us is totally ready to go.

And, of course, we remember Penelope, whose determination to always be the very best inspired us all to do the same. If Penelope were with us today, we know she’d be telling us how especially grateful she is to be remembered — more so than anyone else — and how it has moved her so much that she had to be hospitalized for nine days for dehydration due to her excessive tears of gratitude, so…

These women, as well as Gilly, Aunt Linda, the Target Lady, Judy Grimes (just kidding), Mindy Grayson and so many others, will never be forgotten. The unshakable fact of life is that she who creates also taketh away. And while we will miss these ladies’ weekly visits to our homes via Saturday Night Live, we know that their great creator, Kristen Wiig, has a larger plan in store.

Catching up with Canada Sings‘ Laurieann Gibson
Demi Moore returns to the acting world
Miley Cyrus on sex: “It is magic”