Quelle surprise! Will.i.am appeared as a guest torchbearer, carrying the flame through the city of Taunton, England. 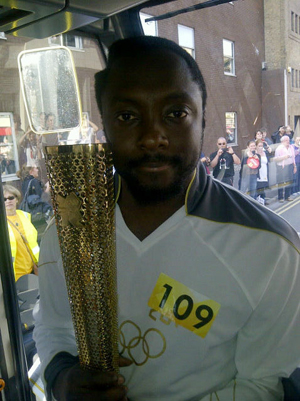 Gasp… le twist! Black Eyed Peas rapper will.i.am was honoured with carrying the torch for the summer games in Taunton, England, on Monday.

A bit of an unusual guest appearance for the performer, who was a surprise torchbearer in the relay.

“It feels like a dream, right,” will.i.am stated to BBC. “It’s something you always saw on TV growing up, so to be here today in the U.K. with all the hard work it took me to get to this level to be able to do that… and now I’m here in the U.K. running the torch. It’s great.”

The ceremony will begin at the London Stadium on July 27.

What do y’all think? Good choice, bad choice, or somewhere in between?