It had a good run, but after eight seasons, Dog the Bounty Hunter was put to sleep by A&E for unspecified reasons. 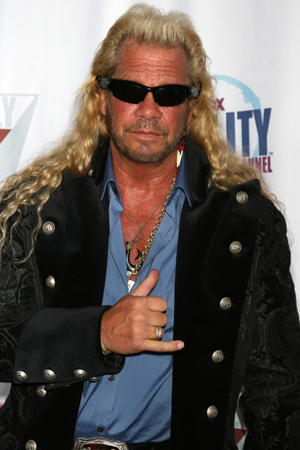 As if death threats were not bad enough, A&E decided to relieve Duane “Dog” Chapman of his reality show duties.

That’s right; the network cancelled Dog the Bounty Hunter after a prestigious run of eight seasons. Reasons for the cancellation have not yet been revealed to the public.

The premise of the show was quite simple: It followed Chapman — a bail bondsman — avec numerous family members as they tracked down law fugitives and delivered them to justice. Dun dun dun!

But alas, no mo’. Chapman will have to gallop after criminals without a camera crew. Or maybe take up knitting?

For now, the Chapman family has enough on its plate, what with being a target of FBI-investigated death threats.

But there ye have it. What do y’all think? Will you miss the show?

More on Dog the Bounty Hunter