It’s just her, herself and Katy. The pop star has reportedly split from her guitarist boyfriend and is focusing her time on her music rather than on boys. 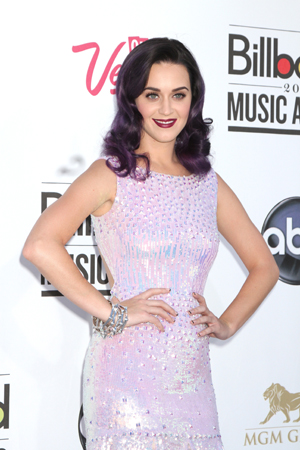 The “Part of Me” artist is flying solo and sassy after reportedly splitting up with her short-term boyfriend, Florence + the Machine guitarist Robert Ackroyd, and according to Us Weekly, Katy isn’t crying too many tears over this brief relationship.

“It wasn’t that serious. It’s not a nasty thing, and they are still talking, but Katy told him to do his thing and they’ll talk soon,” says a source to Us Weekly.

Although Katy has just split up with her beau and is also dealing with divorce woes from her soon-to-be ex-husband, British actor Russell Brand, she has been holding her head high and doing her own thing. How very Beyonce-esque of her.

The 27-year-old displayed her strong womanhood at the 2012 Billboard Music Awards this past weekend when she performed her new single, “Wide Awake,” which had the pop star suspended on a swing with a dreamy, dark and mystical backdrop. The lyrics of the song suggest Katy is moving on with her life, with her singing, “I’m wide awake” and “not losing any sleep…”

But don’t cry for Robert, because a source tells the entertainment magazine that although he enjoyed snuggling up to Katy at Coachella, the relationship’s end was amicable.