After recovering from a pneumonia-induced coma, the Bee Gees’ founding member, Robin Gibb, passes away at the age of 62. 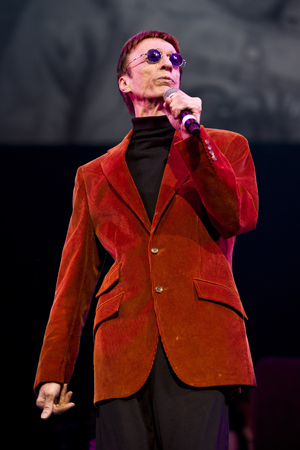 Robin Gibb, founding member of the disco-era group the Bee Gees, passed away this Sunday. He was 62.

“Robin passed away today following his long battle with cancer and intestinal surgery,” read the statement issued by Gibb’s family.

The Bee Gees was composed of Robin, his twin brother Maurice (who passed away in 2003) and older brother Barry. The band rose to prominence with its first No. 1 hit, “How Can You Mend a Broken Heart,” released in 1971.

The trio’s greatest success came in 1977 with the Saturday Night Fever soundtrack, one of the fastest selling albums of all time. It included iconic disco-harmony songs like “Stayin’ Alive” and “How Deep Is Your Love.”

Robin Gibb was diagnosed with colon cancer in 2010 and was in and out of hospitals from then on. In April, Gibb slipped into a coma after catching pneumonia, but had seemingly recovered.

Condolences to the family.

More on the Bee Gees