Whether you hate him or love him, Sean Penn is a do-gooder. The actor threw a benefit auction for Haiti’s earthquake relief and raised $2 million for the cause. 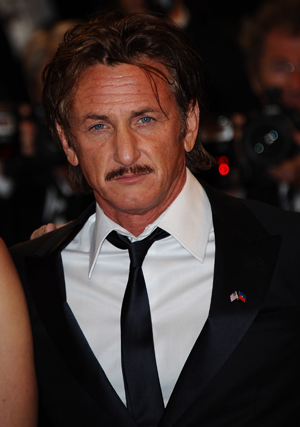 Have no fear, you hopeless world — Sean Penn is here!

So apparently Mr. Bigmouth decided — after accusing the entire planet of abandoning Haiti — that maybe the world is not such a bad place after all… The actor tapped into the gold mine that is the French Riviera and raised $2 million to aid the post-earthquake country.

The Haitian Relief Fundraiser was held in Cannes and was attended by the likes of Gerard Butler, Ben Stiller, Diane Kruger, Chris Rock — and that’s just the tip of the iceberg. The auction featured a vast array of goodies, including a three-day trip to Haiti with Sean Penn, Bono’s guitar as well as a meet-and-greet backstage with the musician at one of his shows.

Now, we all know that most of the time Sean Penn comes off as a parrot you wish had never learned how to speak or a sleazy Uncle Jim who keeps hitting on all your friends. But the man picked a cause, and he is sticking to his guns, which is commendable.