The country singer who took the world by storm with controversial lyrics and award-winning autobiography Coal Miner’s Daughter may be three years older than was believed. 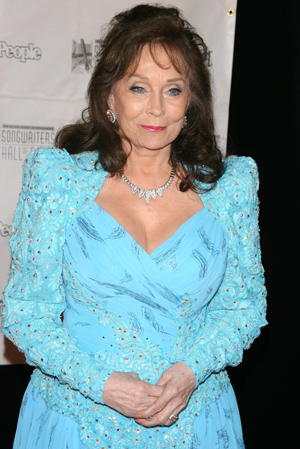 Uh-oh, someone hasn’t been entirely honest…

It turns out country mega-star Loretta Lynn may be three years older than she has led us to believe, which, if proven to be true, would severely undermine the credibility of her bestselling autobiography, Coal Miner’s Daughter, in which she claims to have been married at the age of 13.

Yup. Lynn’s birth certificate on file at the Office of Vital Statistics in Kentucky marks Loretta Webb’s birthdate as April 14, 1932, which makes her 80 years old as opposed to 77.

So what does this mean?

Well, Loretta Lynn’s autobiography, Coal Miner’s Daughter, which was later adapted into an Academy Award-winning film of the same name, plainly states that the country star was married at 13 and was a mother of four by 18. If the documents are authentic, it means she actually married at nearly 16 years of age, which may be crazy now, but back then was a normal thing in Kentucky.

Of course, this steals something from the gripping story in Lynn’s autobiography: Considering it was illegal to marry under the age of 14, the shock aspect of a 13-year-old wife is obviously diluted, and that was a focal point of the book. The story of her struggle remains, of course, regardless of age, but the earnestness is gone.

The news has not been addressed by Lynn’s camp yet. The country singer has recently announced that Coal Miner’s Daughter will become a Broadway musical starring Zooey Deschanel.

So what do you think? Age is just a number, or is this fraud? Sharesies.

What happens when quirky becomes the new normal?
The ex/doppleganger effect
Why Zooey Deschanel isn’t dating and doesn’t want kids