It’s no fun when a celebrity gets hacked, especially if that celebrity is in a relationship with another desirable celebrity. The former Disney starlet has now been added to the list of celebrities who have unfortunately fallen prey to the hands of a hacker and almost had their entire personal life exposed. 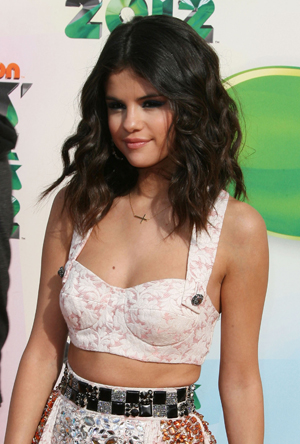 Oh, no! Selena Gomez has been hacked!

Yes, the beautiful dark-haired beauty and girlfriend of teen heartthrob Justin Bieber has been subjected to the most embarrassing and annoying thing a celebrity can encounter at the peak of their fame — being hacked.

The former Disney starlet’s Facebook page was hacked into by a British hacker named Gareth Crosskey, according to The Sun UK. Crosskey hacked into Selena’s account before the adorable teen celebrity couple made their relationship public, and claimed he had private emails between Selena and Justin that he would publish. He also says he has written emails between Selena and her bestie, Demi Lovato.

That’s kind of harsh for poor Selena to handle, especially since she is already subjected to envy and jealousy from Beliebers who ultimately want the Canadian pop star for themselves.

But how exactly did this 21-year-old from the U.K. get the info he needed to gain access to the account? Apparently he posed as Selena’s stepfather and got the Facebook staff to reset the password. And he didn’t just threaten to expose emails; he also defaced Selena’s page with slander, writing “Justin Bieber sucks” on it.

Crosskey, who was eventually tracked down by the FBI, charged with two offences and jailed for a year, said he did it to show Facebook’s lack of privacy and security measures, and his defending lawyer says he now uses his hacking skills for the good in his computer games design college course.

“He accepts his actions have caused distress and alarm, and he accepts that his actions were stupid,” says his defendant, according to the news source.

Selena isn’t the only celeb to be hacked into. Mad Men‘s Christina Hendricks‘ cellphone was digitally broken into by a hacker who reported to have racy photos of the red-haired bombshell actress, and more notably, actress Scarlett Johansson experienced the unfortunate event firsthand when intimate photos of herself — meant for her then husband Ryan Reynolds — were exposed to the world.

Selena Gomez “separates ways for a while” from band
Selena Gomez: “I was never popular in school”
Selena Gomez says Bieber’s new song is “beautiful”