It’s been another busy week for Taylor Swift — in both the love and music departments. The songstress was spotted on what appeared to be a lunch date this week and also showed her charitable side with a generous donation to a very important cause. 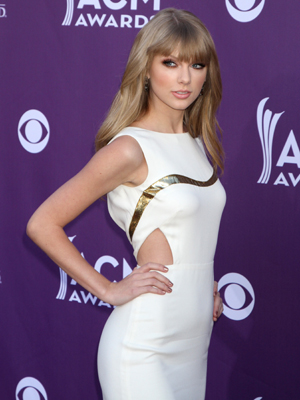 Is Taylor Swift engaging in a little spring fling?

The beautiful country songstress was spotted out with Foster the People singer Mark Foster, sparking rumours that there is love in the air between the two musicians. On the Daily Mail, photos show the two enjoying a nice lunch together and suggest they may be getting close either romantically or musically — or both.

Even if this causal lunch date was just that, it would be great for Taylor to find romance with someone different after her past relationships with actors Jake Gyllenhaal and Eddie Redmayne and musician John Mayer.

But love life aside, the 22-year-old was also engaged in another worthwhile event this week. The Grammy winner donated $4 million to the Country Music Hall of Fame and Museum in Nashville. The donation will support and fund the Taylor Swift Education Center, which will be an exhibit and open classroom space for teens and senior citizens.

“It will allow us to do what we do better, serve more people, develop new programs, and I’m happy to say that as we talked through this opportunity with Taylor, she very much wants to be involved in an advisory capacity in what we do,” says Kyle Young, who is the museum director, according to MTV.com.

Taylor’s generous heart is no surprise, especially since she has been known to donate to other worthwhile causes, which Kyle says is a very admirable trait of the young musician.

“For Taylor to want to engage herself in the life of this place in such an appropriate way, every way you slice it and dice it, it’s great.”