Everyone has his own reality obsession — even musicians. John Mayer admits he enjoys watching The Bachelor and that every once in a while, he doesn’t mind getting lost in the love drama happening on the dating reality show. 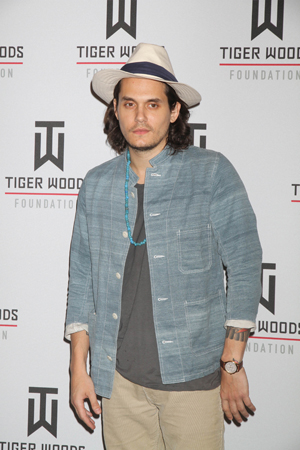 Will John Mayer be the next Bachelor?

Probably not. But that doesn’t stop him from admitting he has a secret obsession with the show.

The sometimes controversial musician who is known for speaking his mind honestly says he enjoys watching the ABC dating reality show and isn’t ashamed to admit it.

“I don’t even feel like it’s my fault for liking it,” says John on the Ellen DeGeneres Show about watching The Bachelor, via Us Weekly. “It’s not a guilty pleasure. It’s designed to be a pleasure.”

Are you sure it’s not a guilty pleasure, John? Do you watch it while lounging on the sofa, indulging in some Ben & Jerry’s ice cream? It’s OK to admit it if you do.

But the Born and Raised artist says the real intrigue is watching how the show plays out.

“It’s like a producer’s game. I wouldn’t be as excited to meet a cast member as I’d be to meet the guy who cuts that show,” says John. “They have to ask someone like Ben [Flajnik], ‘OK, Ben, we need you to walk out on the balcony without a shirt and just think.'”

So it’s the directing he enjoys. Maybe he should take a stab at directing, no?

But even with his reveal about the show, don’t expect to see the 34-year-old crooner passing out roses to women anytime soon, because he isn’t interested in becoming the Bachelor.

“Ultimately I’d say no. But I would just have to take the meeting.”

Really, John? You wouldn’t even consider it? We have a feeling if you were the Bachelor, a lot of women would be lining up for an audition to be on the show.