It’s finally time to say goodbye to the most sophisticated television gang around. Gossip Girl will be closing the curtains after its sixth season this fall, causing some of the cast to reminisce about being on the show. 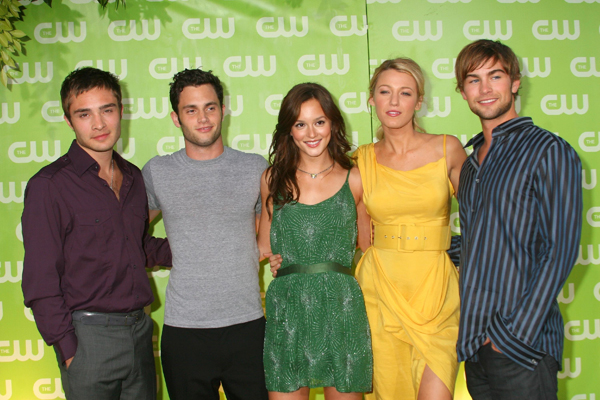 You know you love them, but they have to go… XOXO.

It’s the end of an era — well, more like five years — but the hit CW teen soap opera Gossip Girl will be turning off the lights after its sixth season this fall, as confirmed by Us Weekly.

Yes, that means no more watching the show and imagining that when your phone rings, it is a Gossip Girl blast. And no more getting wrapped up in Blair Waldorf’s complicated love triangle with Chuck and Dan while admiring her very expensive designer wardrobe. But you know the GG won’t end without a sophisticated bang; the plotline’s already established for the final season.

“Serena has gone off the grid, beyond even the reach of Gossip Girl. Her friends fear for the worst and hope for the best, but even they can’t imagine where they will ultimately find her,” says CW in a statement to Us Weekly. In addition to that, the final season may also finally expose Gossip Girl’s identity.

Gasp… Really? It stinks that the show is ending, but if we can finally find out who has been behind all the chaos since the gang’s been in high school, it will definitely be a worthwhile bittersweet ending.

But even with the anticipated reveal, not everyone is happy to say goodbye to the Upper East Side.

“For me, it’s going to probably be more bittersweet and tough to leave New York City,” says Chace Crawford to Parade about leaving the show. Chace, who plays Nate Archibald on the show, told the magazine that leaving the show is “an end of an era” for him and that he plans to celebrate the end with the entire cast and crew.

We wonder if he’ll invite Jenny a.k.a Taylor Momsen and Vanessa a.k.a Jessica Szohr. I mean, they were there at the beginning and were an integral part of the show at one time, so it would be great if they were somehow a part of the final season too. Come on Chace. Be a nice guy and invite them too!