Does this mean there is a curse? Mary Kennedy, wife of Robert Kennedy Jr., was found dead from alleged suicide at husband’s home estate in New York. 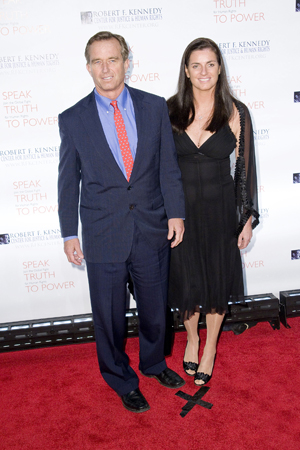 Well, ladies, this ain’t no scrapbooking moment, that’s for sure.

Robert filed for divorce from Mary in 2010 after nearly 16 years of marriage. She was arrested on suspicion of DUI and pleaded guilty three days later. The couple had four children together.

Mary was found in an outbuilding on the Kennedy property. The cause of death was determined as asphyxiation due to hanging. The New York Times reported that she left a note.

“We deeply regret the death of our beloved sister Mary, whose radiant and creative spirit will be sorely missed by those who loved her,” her family stated via E! News. “Our heart goes out to her children, who she loved without reservation. We have no further comment at this time.”

The results of the toxicology tests will be available in several months.

That’s it. No puns or jokes. Our condolences to the family.

More on the Kennedys