This time Lindsay doesn’t mind cameras following her around. The actress is redecorating her new Beverly Hills home and is inviting reality show cameras along for the journey. 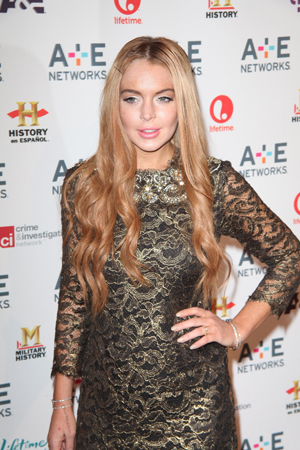 Lindsay Lohan is once again getting a fresh start in her life — this time through her new home.

The actress, who has revamped her bad-girl-party image, is reportedly redecorating her new Beverly Hills home with the entire process being shown on reality television, according to Hollyscoop.com. The news came after the entertainment news source spotted LiLo doing some furniture shopping at Kreiss (an expensive interior design showroom) and noticed one strange thing about her interior decorating excursion: Cameras were following her.

“The camera crews were filming for Bravo’s Million Dollar Decorators, which will air this coming fall,” says a source to Hollyscoop.com.

This sounds like a perfect way for Lindsay to get some feng shui in her new home and make it the perfect living quarters, since her previous home, in which she spent her house arrest, isn’t exactly the most encouraging space to live in.

The 25-year-old’s new home will be decorated by interior designer guru Kathryn Ireland, who was seen with Lindsay shopping at the showroom, and according to a source, Lindsay was already getting excited about designing her pad as she purchased some items from the store, including two sofas, carved wood Venetian table lamps and outdoor furniture.

Wow, this sounds like a beautiful beginning for Lindsay and her new home, don’t you think?